Liberty of London started in the late 1800s as a small shop in London.  Though it’s now best known for its floral and art deco motifs, at its inception it was dubbed the ‘eastern bazaar,’ selling rugs and curiosities and capitalizing upon the British fascination with the Far East.   It grew rapidly, expanding into the world of fashion, and became the place to shop in London.

Liberty prints are generally characterized by tightly arranged patterns of sophisticated florals with lots of movement and color.  We love Liberty prints, and especially love seeing them used in interiors.  The repeat of this large scale, brightly colored print on both the walls and the sofa might be insane in person, or it might be the happiest place on earth. 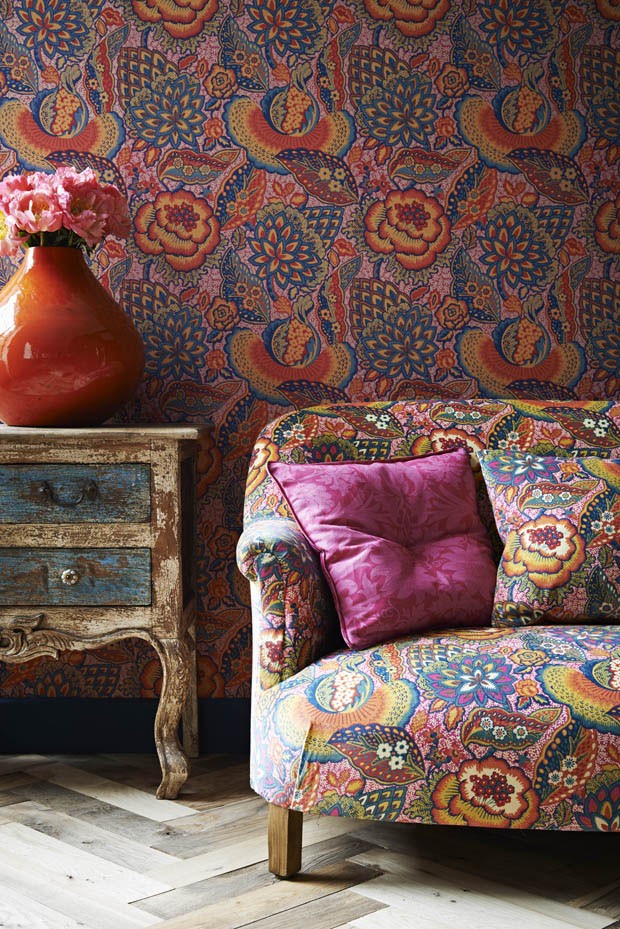 Liberty of London will see your pickled wood floors and sleek tulip chairs and raise you one awesome indigo print for a tie: Liberty 1, Scandinavian Minimalism 1. 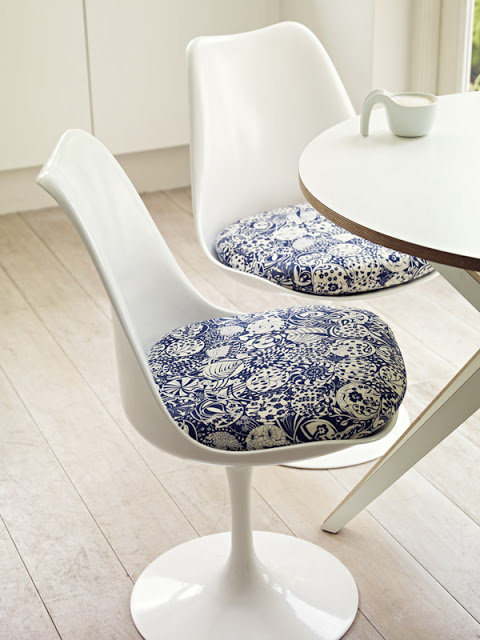 This yellow-patterned wallpaper is sunny and modern, and is the perfect backdrop for the riot of Liberty fabrics on the bench (not to mention the colorful rug).

Bad days might cease to exist in the presence of these perfect blue botanicals. 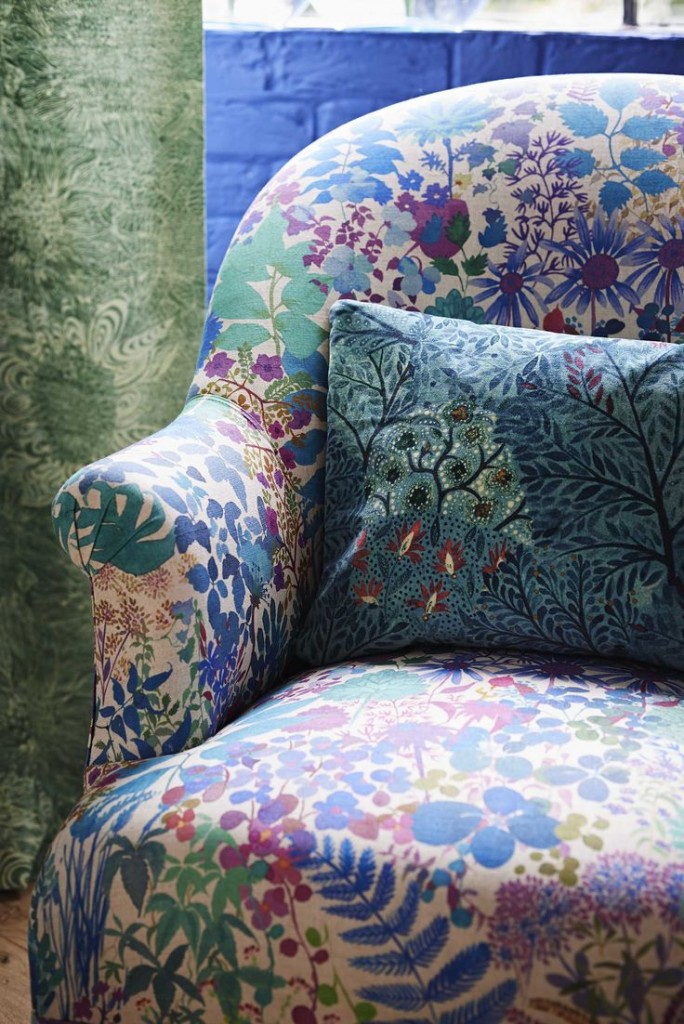 The art deco (art nouveau?  Shoot – we still need to write that Design Definition!) pattern on the couch makes this modern and spare space much more interesting.  It’s all about contrast!

An eccentric shape is made extra special with this beautiful fabric.

This is such a creepy picture, but we don’t think even that awkwardly-posed mannequin would keep us from sinking into this perfect – and perfectly colorful – arrangement of cushions.  Make room for us, Emmy! (Wait, what?  You didn’t watch the ’80’s movie “Mannequin” a hundred times as a preteen?  You haven’t lived!). 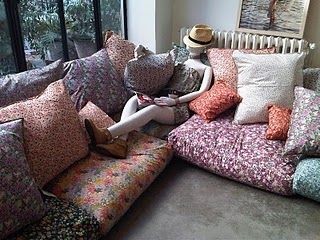 In addition to wallpaper and fabric, Liberty of London also has an extensive line of housewares. These plates would brighten any table — preferably ours! 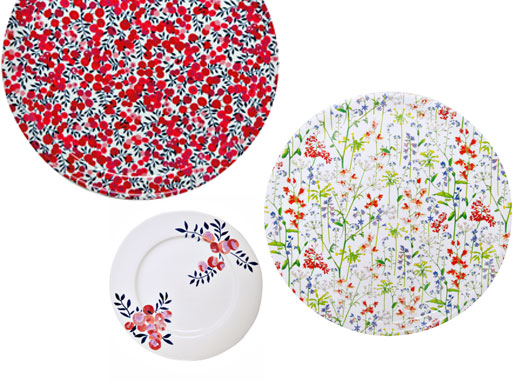 There are hundreds of Etsy stores selling crafts made with Liberty fabrics, and this quilt just asked if it could swaddle you. Don’t think too hard about it, just say yes. 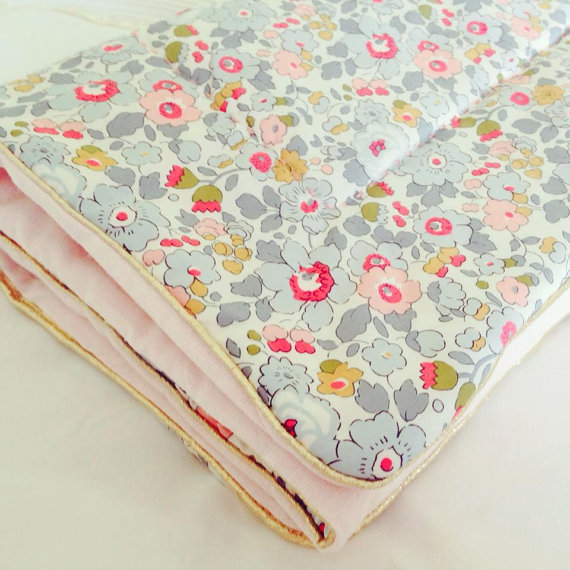 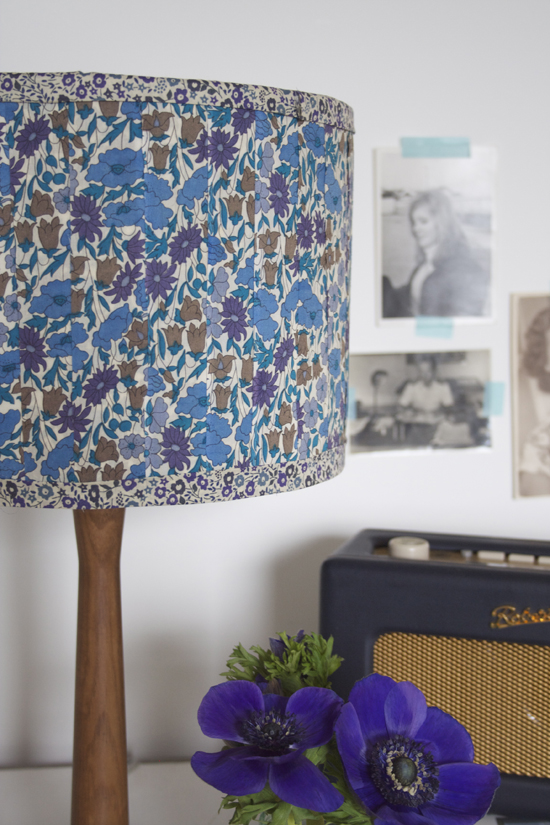 If clothing, furniture, wallpapers and housewares aren’t enough, don’t worry. You could also have a Liberty of London car. 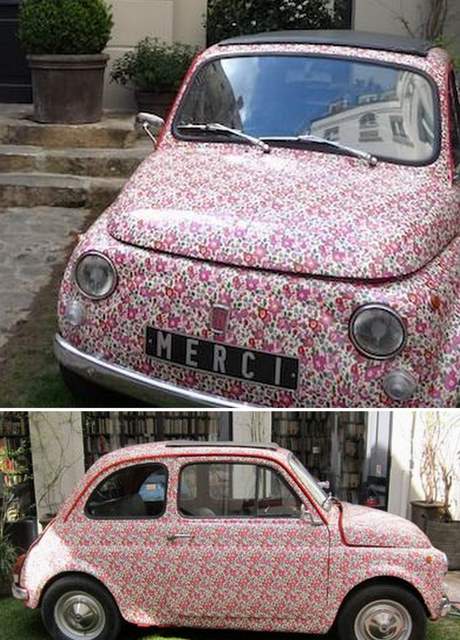 And if that’s not enough? Shoot, just wallpaper your whole dang house like the exterior of the Liberty store. 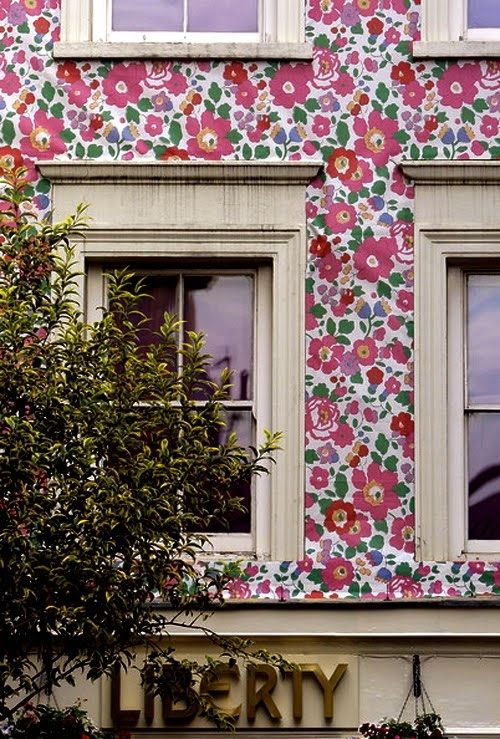 Are you a Liberty of London fan? Katie’s ready to curl up in those soft pillows with that rigid mannequin and Mera wants to cry it out on the blue armchair.  How about you?

6 responses on “For the Love of Liberty”