Often, while reading, the eyes can slip past unfamiliar words, allowing the brain to create a definition based on context.  Sometimes, though, a word is weird and unfamiliar enough to make you stop mid-sentence to grab a dictionary (or use the built-in one on your Kindle) before you can carry on with the story.

It’s a word that comes up occasionally in British novels, and while it has the ring of disease about it (e.g. “my anaglypta is acting up again,” or “my anaglypta is always worse when the rain comes,” or “no thank you, salted meats aggravate my anaglypta”), that never worked in the context of the story. 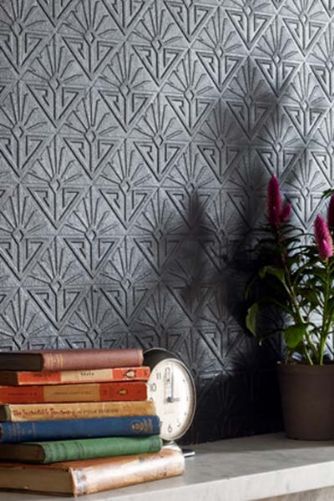 Aren’t you relieved?  Anaglypta (proper noun) is actually the name of the company who invented paintable, textured wallpaper back in 1877.  It’s a name synonymous with its product (like Xerox or Kleenex), though there are other manufacturers.  And it’s a product that seems to be shedding its stuffy Victorian past and enjoying a resurgence.

Anaglypta is sold only in white, and part of its appeal is that it’s completely customizable with paint.  We’ve seen a number of modern interiors where they’re leaving it white, bringing in texture and pattern while keeping the palette neutral.  We’re liking it here (though we’re not so fond of the mystery animal pelt on the bed): 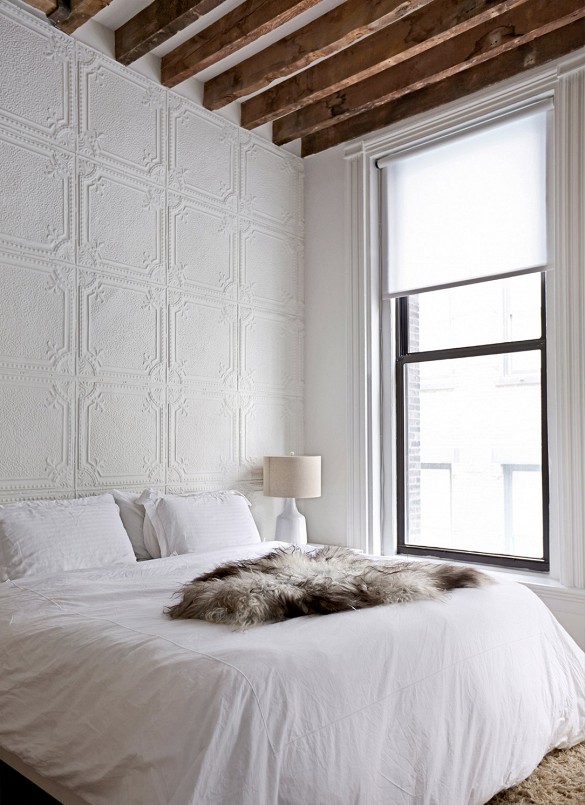 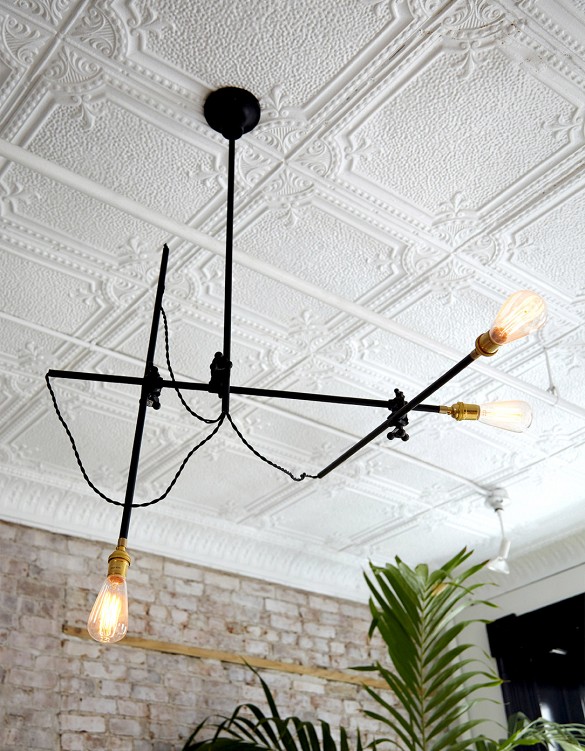 It’s fresh and bright on the walls of this kitchen: 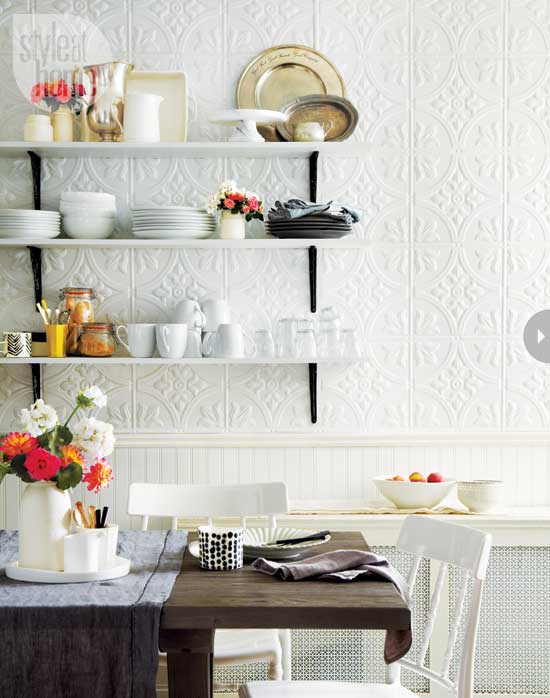 And looks quite modern as a backdrop for these geometric shapes and pastel colors: 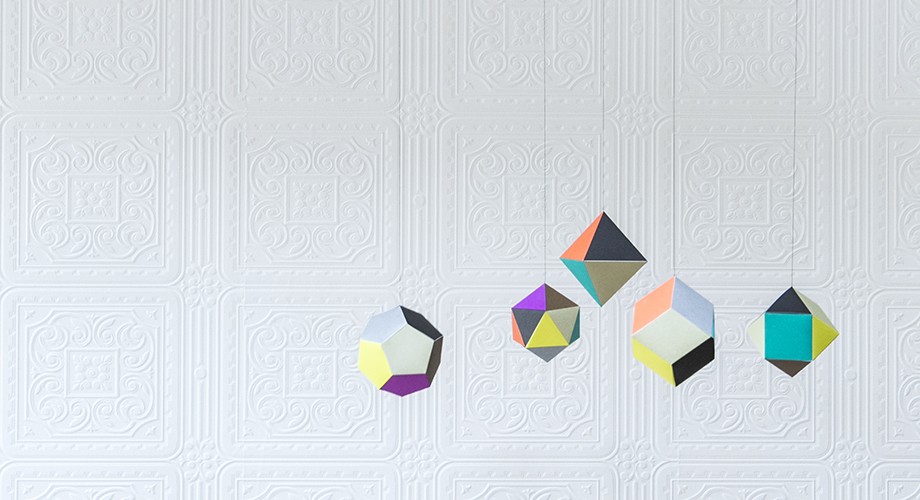 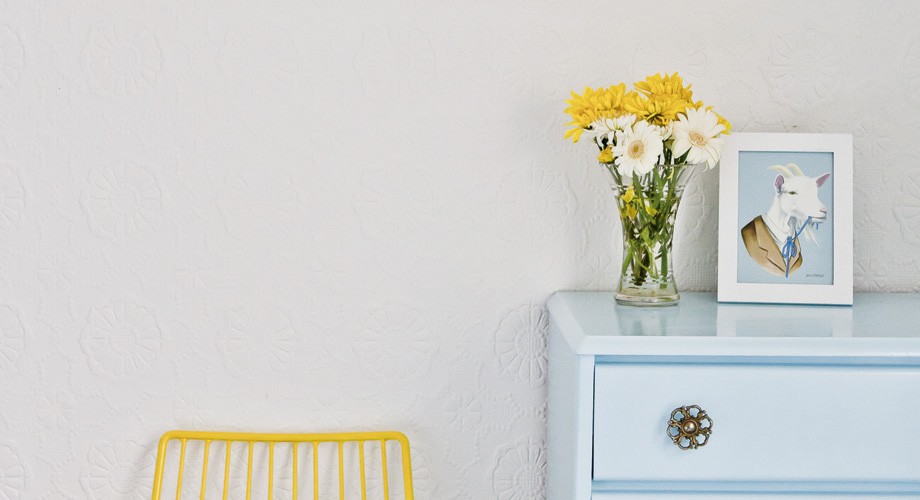 We’ve also seen it used to add further dimension to an architectural element, such as a chair rail: 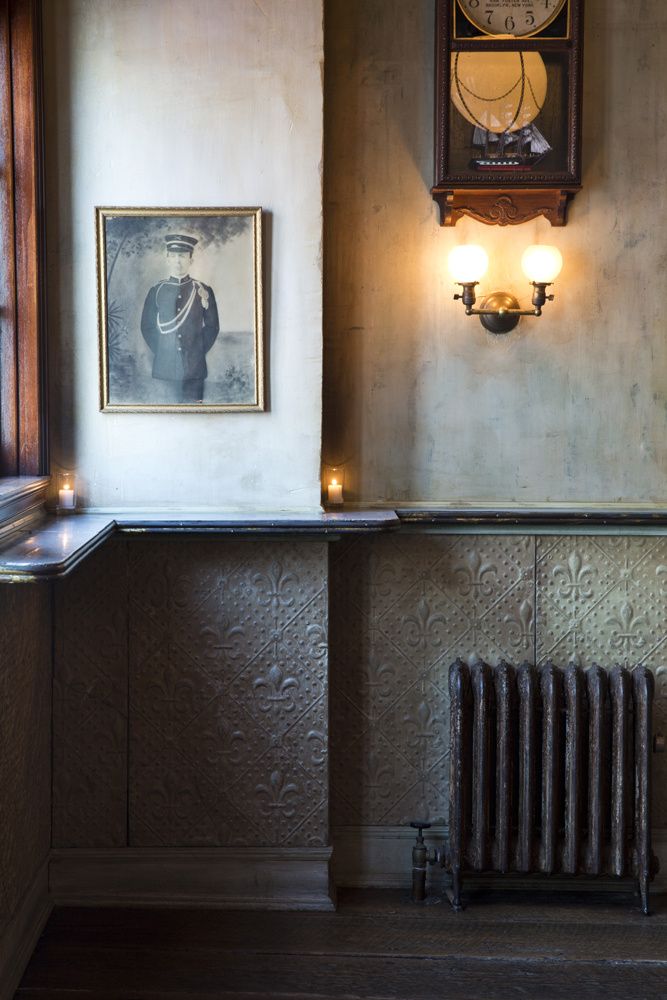 These wall tiles are faux aged to give the appearance of weathered tin (and now that we’ve seen these it makes us wonder whether photos of tin ceilings we’ve seen and admired might not be tin at all): 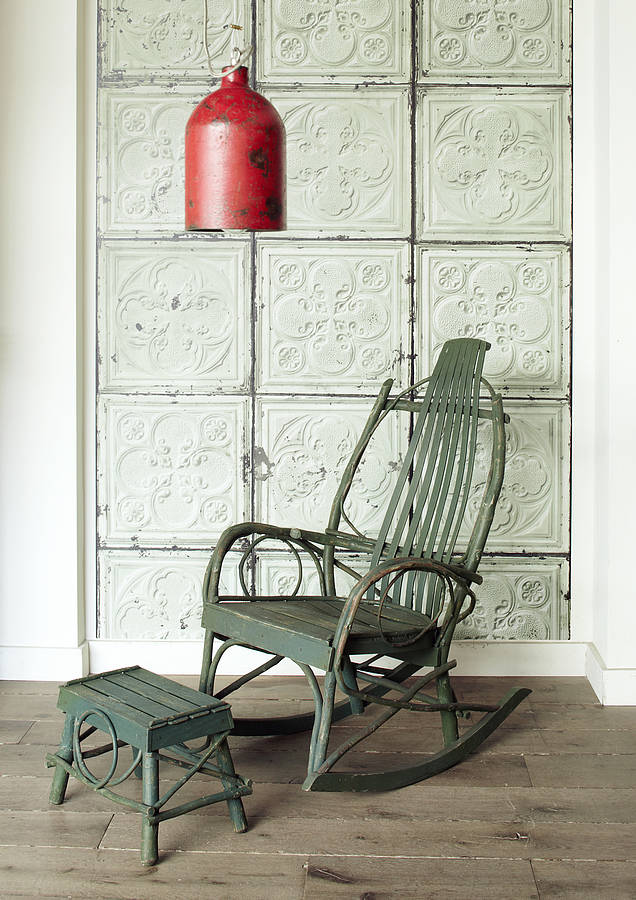 Anaglypta also lends itself to dark and saturated colors.  This Manhattan kitchen, with its dramatic black walls and industrial vibe, is a favorite of ours from the Design Sponge book:

It’s lovely as a mantel surround, and as a backdrop for these jewel tones: 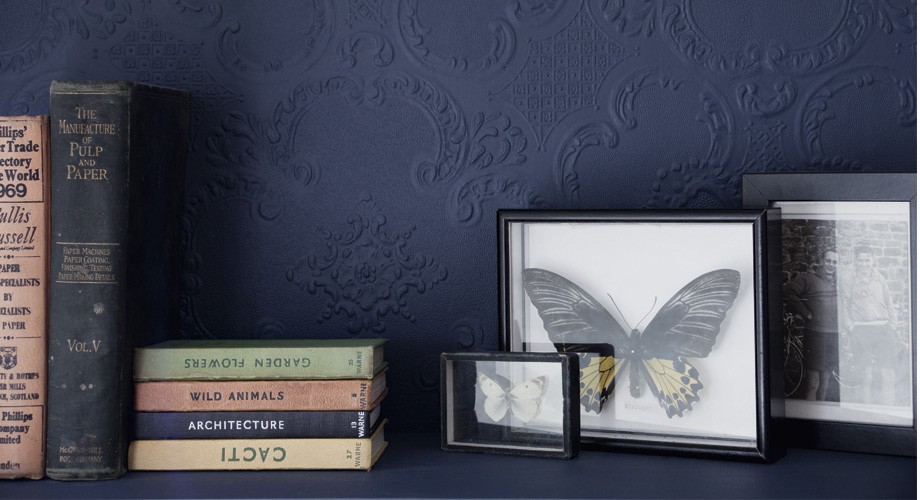 We want to hear: Is it a word you’ve heard before, or was Anaglypta news to you too?  Would you use it in your home?