Good Score! is a monthly feature here at Red House West highlighting our readers’ secondhand finds. If you scored a great bargain at a thrift store, found a treasure on the side of the road, or discovered a one-of-a-kind gem at a yard sale, we’d love to hear about it! Please send a picture and a brief description of what, where and how much to redhousewest@gmail.com -OR- use the hashtag #rhwgoodscore on Instagram and the last Friday of each month we’ll share a few highlights. To see previous Good Scores, click here.

You might notice from the paragraph above that we’re changing Good Score from a weekly feature to a monthly feature.  We love Good Score, and we’re not getting rid of it, but we realized we don’t yet have the readership to generate enough material to share each week (but we certainly hope to have enough to share each month!  Don’t be shy, send ’em in!).  This blog of ours is definitely a journey, and all of you are here as we take our first steps and try new things–figuring out what works for Red House West and what needs to be tweaked.  So far we’re loving every minute of creating and writing this blog and are so grateful for the feedback, contributions, and community that all of you provide.  Thank you!

Now on to the good stuff.  The winner of this month’s giveaway is Carol Sayre Miller (fitting, as she’s the self-described ‘bird freak’ in this week’s Good Score). Thanks so much for sharing your wonderful finds with us.  Your bird cards will be winging their way to you soon! 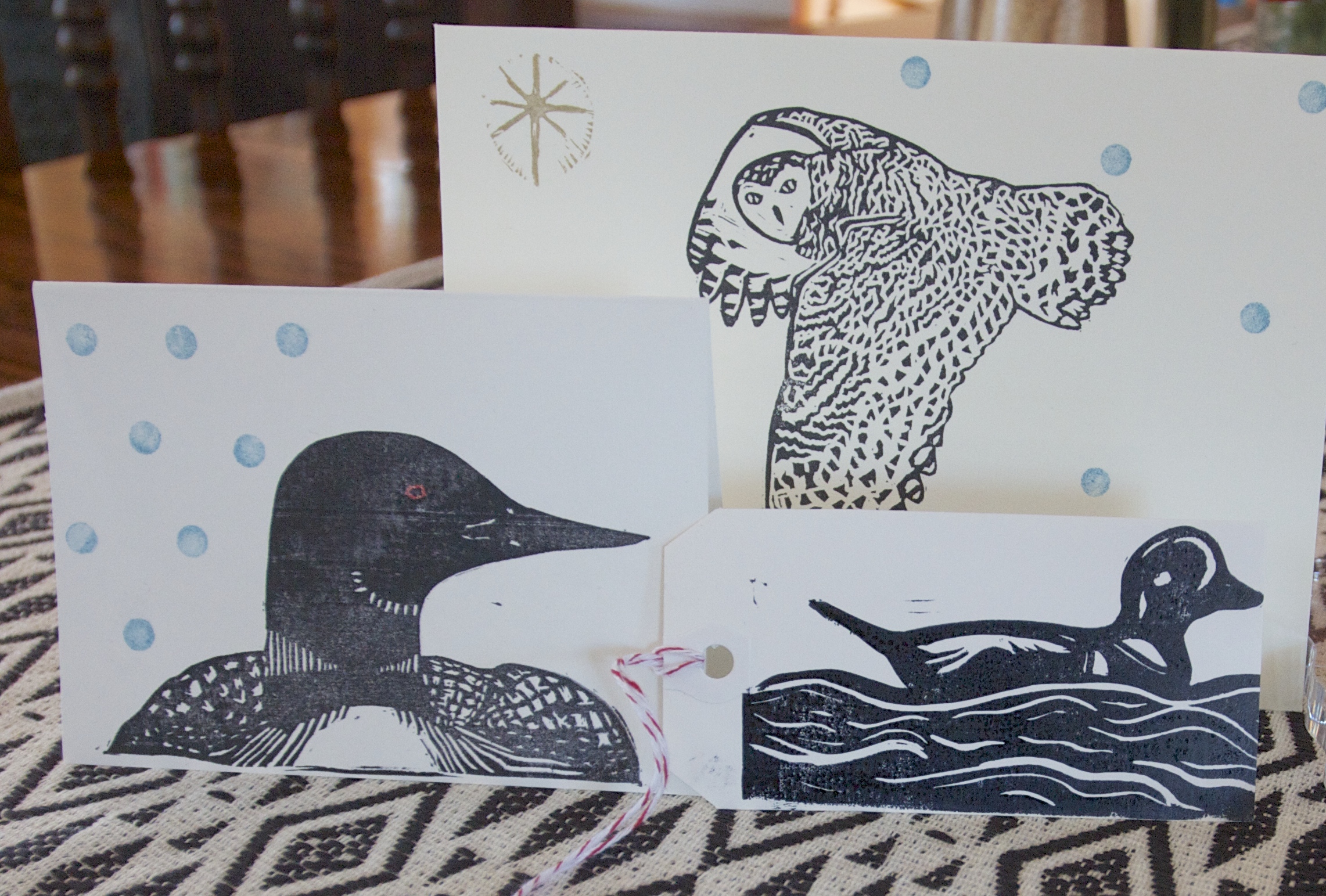 We’ve got some terrific Good Scores to share this week; thanks so much to everyone who sent them in.

Anyone who knows me, knows that I am a bit of a bird “freak” so naturally I collect bird figurines but try to keep it under control by only going with glass. And, they have to be inexpensive. Otherwise, I would be living with entirely too many…

The sparrow, with head down, is Lalique, France. A very good score at $2.99. The swooping swallow is marked “Cofrac, Art Verrier, France,” also a good score some years ago. The smallest bird is not marked but is beautifully made. 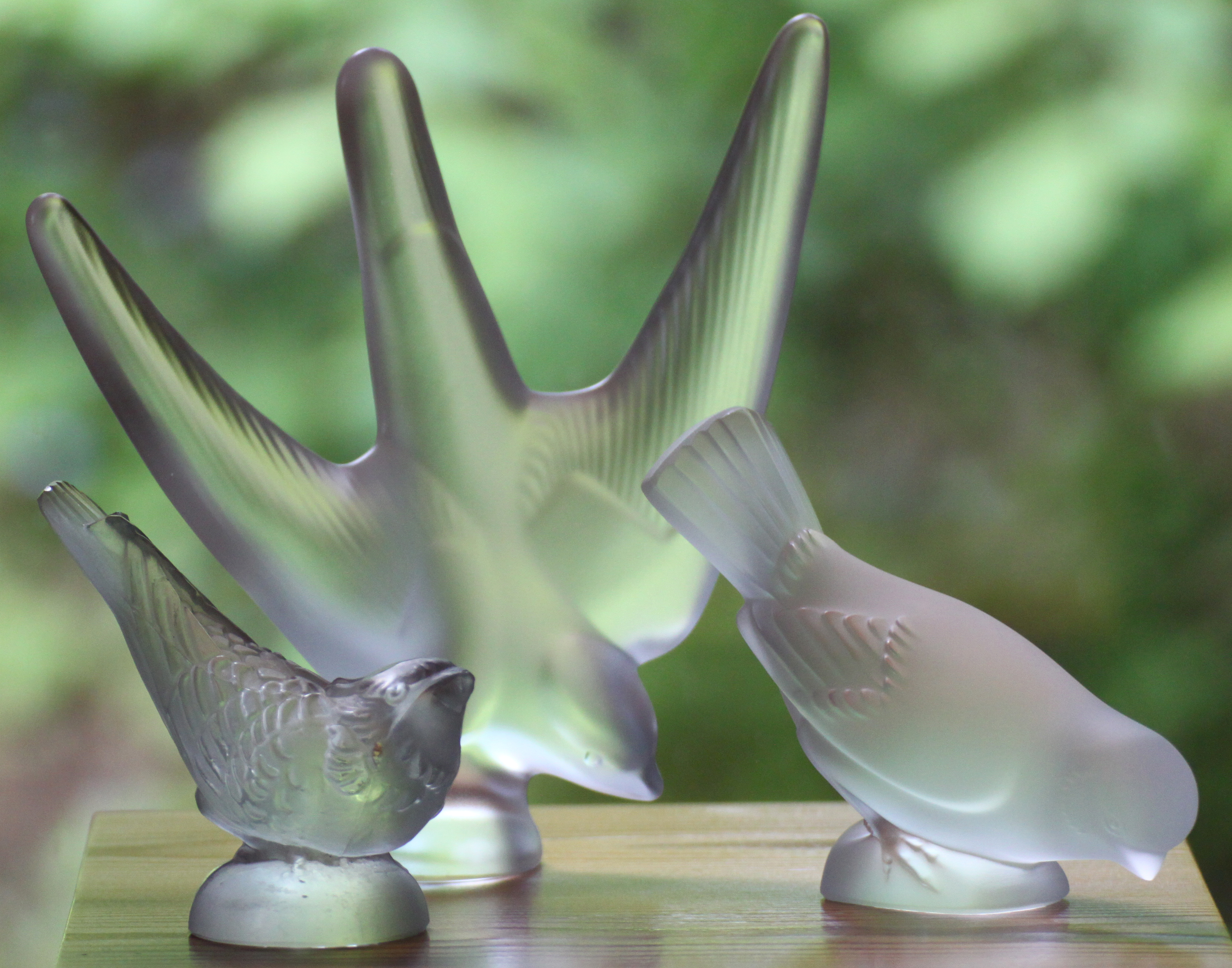 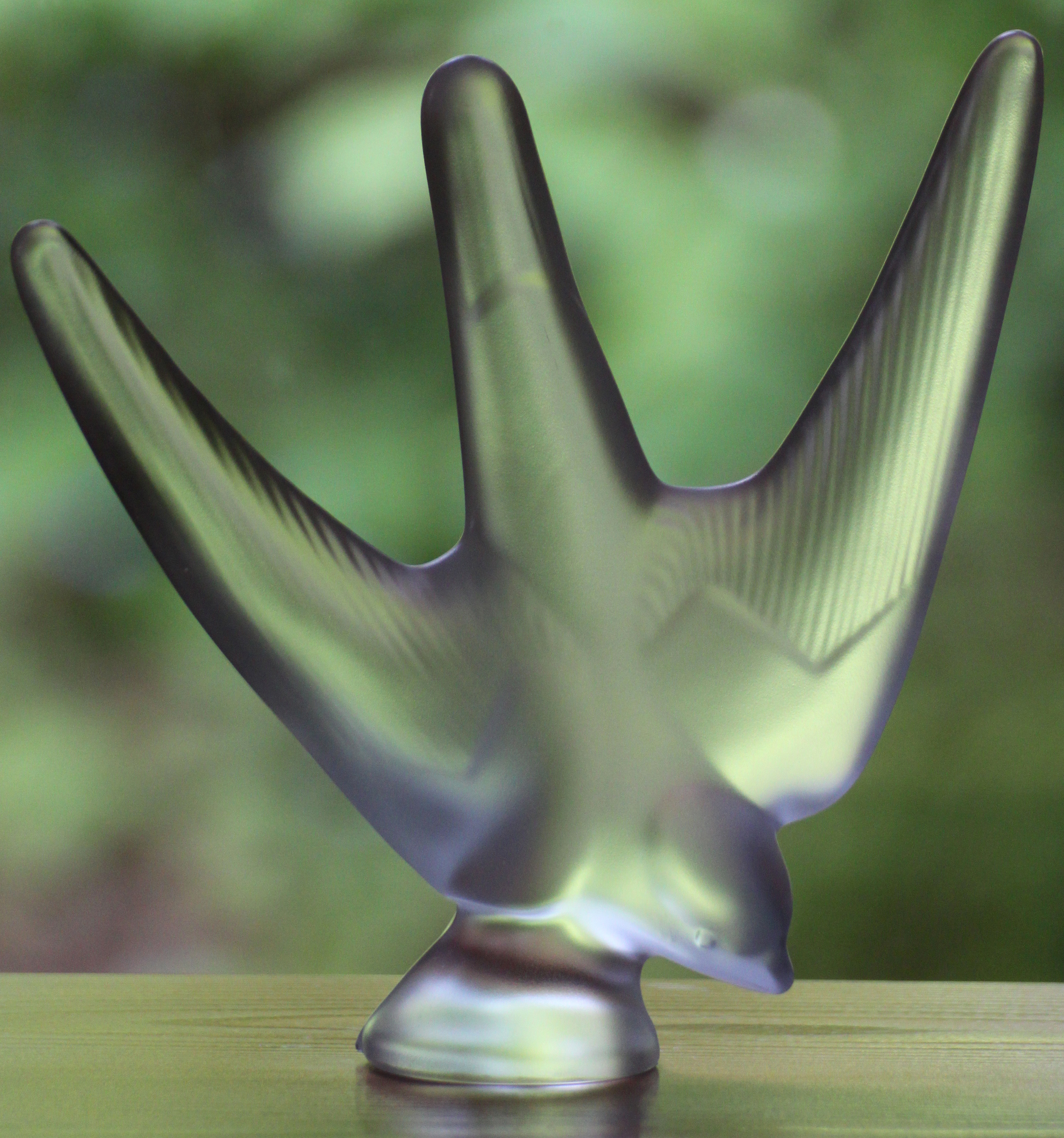 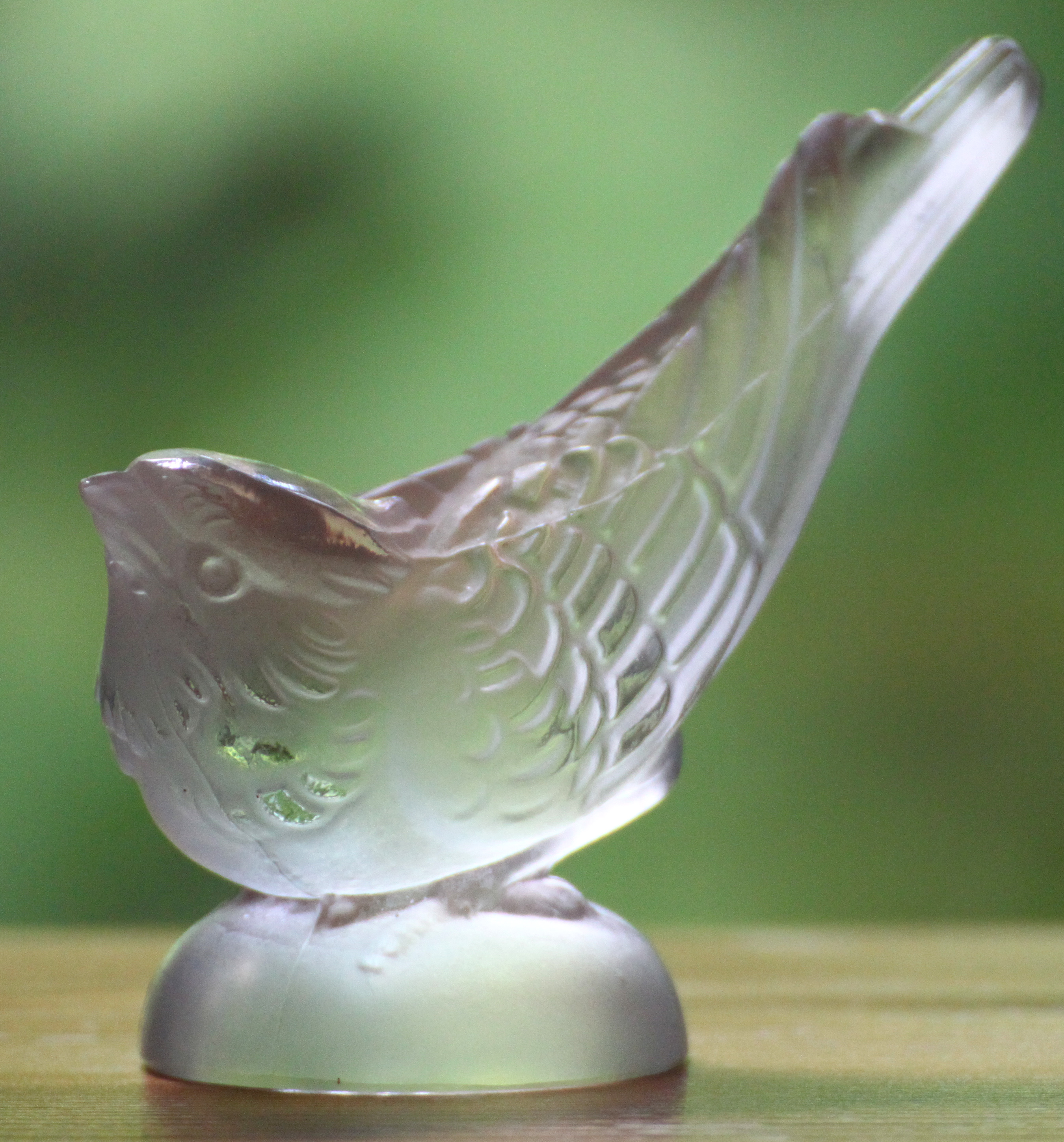 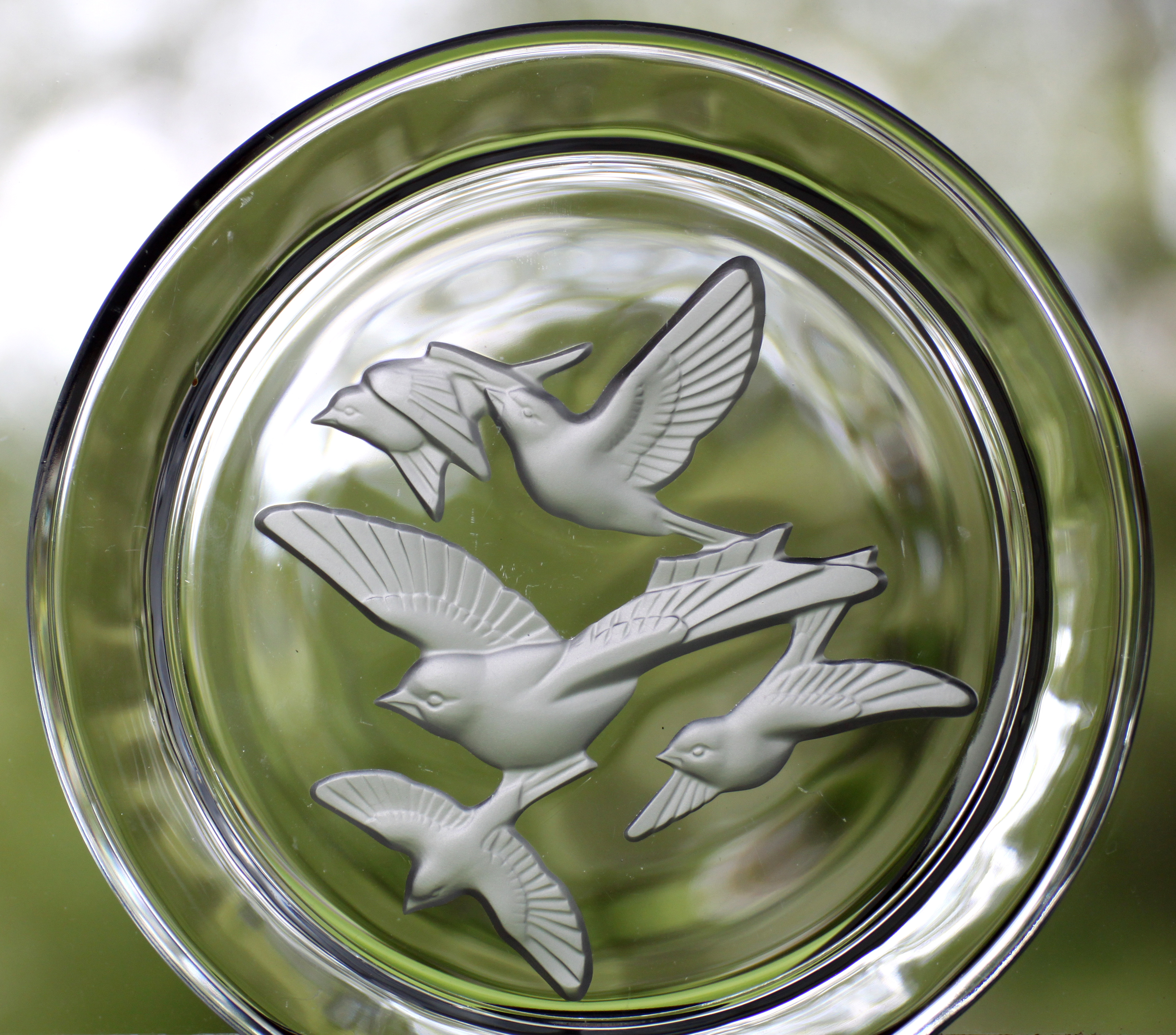 Vintage (according to Google photos and eBay info, from the 1950s) coffee pot and tea kettle purchased from an estate sale, when we first moved to Washington. They cost a dollar each from a bargain table, and they’ve been in the garden for nearly nine years, withstanding all sorts of rain and temperature changes with no rust or broken plastic from freezing and thawing. I keep them near hose bibs to use when dragging the hose is too much trouble, and a new plant or a bird bath need water. I love their generous capacity and iconic shapes, redolent of campfires and wood-burning Aga Stoves.

I was shopping at a thrift store in St Helens for a wedding present for some friends. I bought these wonderful little bar glasses and once I got them home I knew that I couldn’t part with them. My favorite drink to make in them is Chocolate Cake Shots. 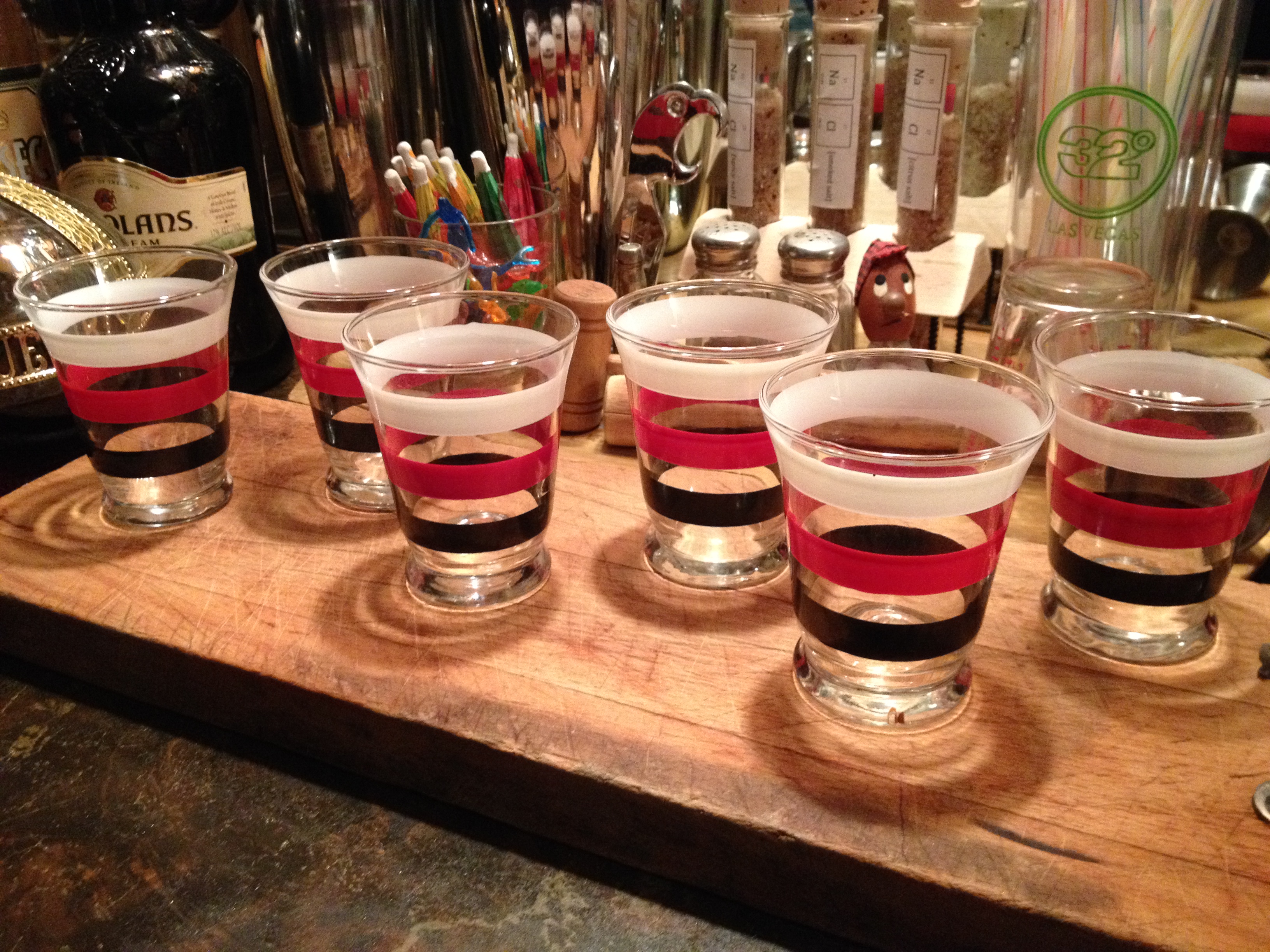 Thanks everybody!  Have a great weekend, and we hope to see you back at Red House West on Monday!

Good Score! is a weekly feature here at Red House West highlighting our readers’ secondhand finds. If you scored a great bargain at a thrift store, found a treasure on the side of the road, or discovered a one-of-a-kind gem at a yard sale, we’d love to hear about it! Please send a picture and a brief description of what, where and how much to redhousewest@gmail.com -OR- use the hashtag #rhwgoodscore on Instagram and each Friday we’ll share a couple of highlights. To see Good Scores from previous weeks, click here.

Thanks again to everyone who submitted a Good Score this week! It is so fun to see what you’re finding and it has the (not altogether unwelcome) side effect of making me want to go thrifting NOW. Keep your Good Scores coming folks!

I bought this coffee table on a Facebook group called Coosville. I paid $20 for it and couldn’t believe my luck. It needed a little help but luckily my friend Sean is a woodworker and lightly sanded and polished the top for me. It’s still a little beat up but I like it that way. 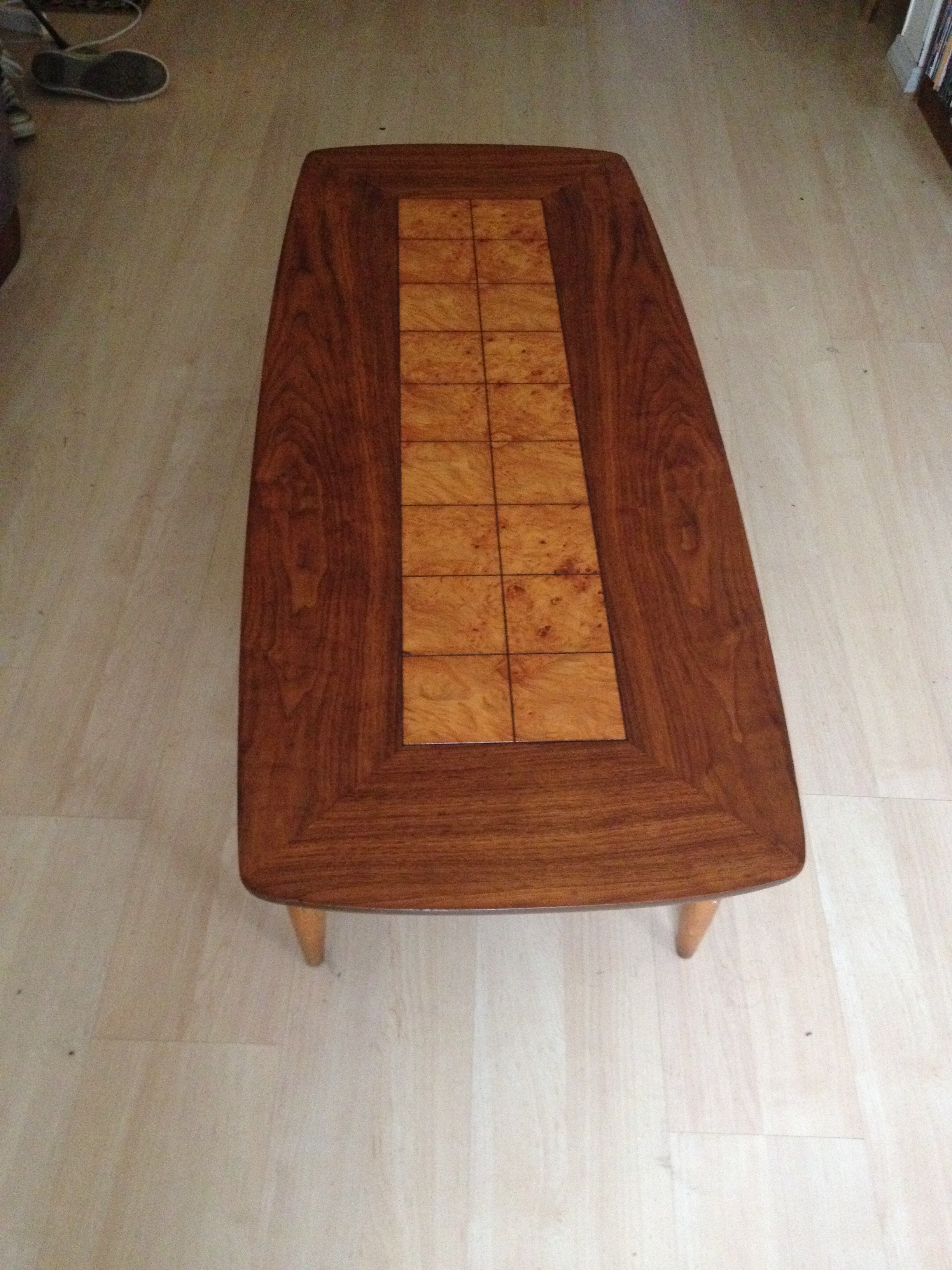 Your love of creating and DIY projects is in your genetics, Katie, and I hear in yours as well, Mera.

I am sharing a Good Score by Katie’s grandmother, Mary Elizabeth, in 1936. She loved finding

bargains and refinished her furniture finds herself. Below is what we call the ‘curio cabinet,’

two separate pieces that she found in second hand stores and put together after refinishing them.

They are of maple, cherry and a 3rd unknown wood, and of Eastlake design. 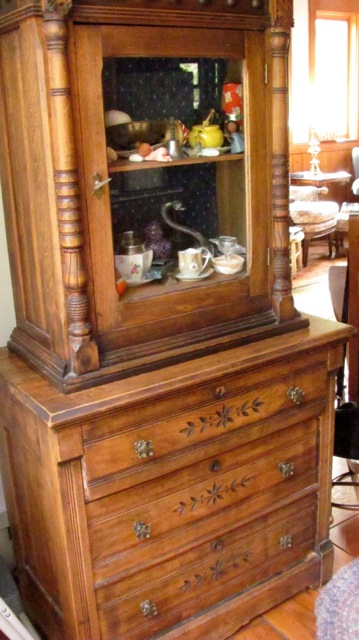 A cradle, scored for $4.99 from the Goodwill store in Silverdale, Washington just the other day. In a toy section dominated by pink and purple television-themed plastic, I found this sturdy little cradle in a jumble of outdoor toys. Heavy, it rocks well and is decorated with many coats of shiny enamel paint. Someone added charming decals – flowers and butterflies. I’ve been thinking about who lovingly made it out of thick wood cut into curved shapes and covered the screws with wooden buttons. Like I do with all Good Scores, I wonder how it began life? For now, with its new flannel bedding, I think I know some baby dolls who will be mighty pleased!

Have a wonderful weekend! 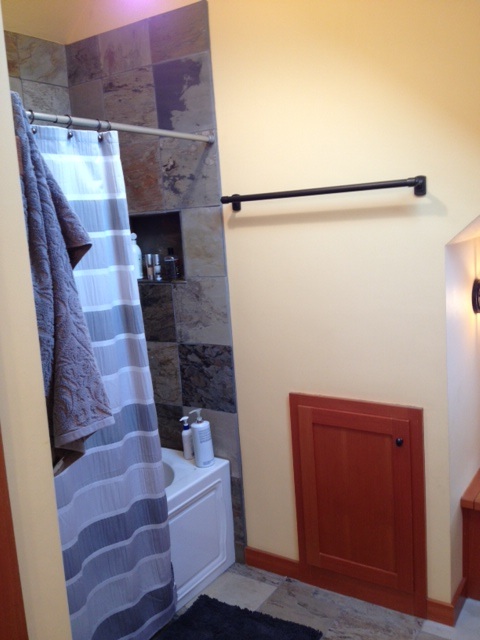 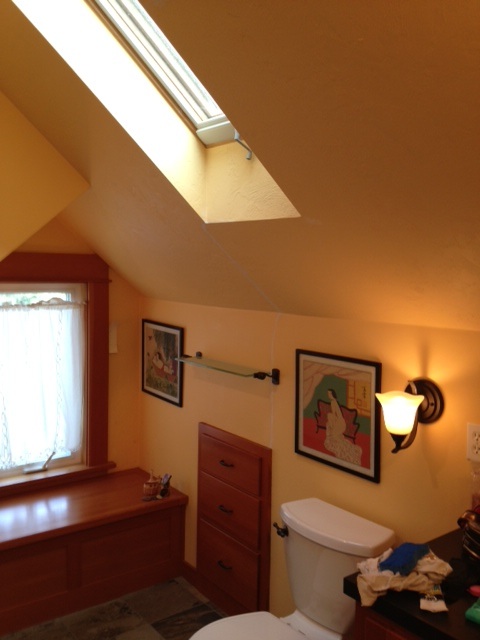 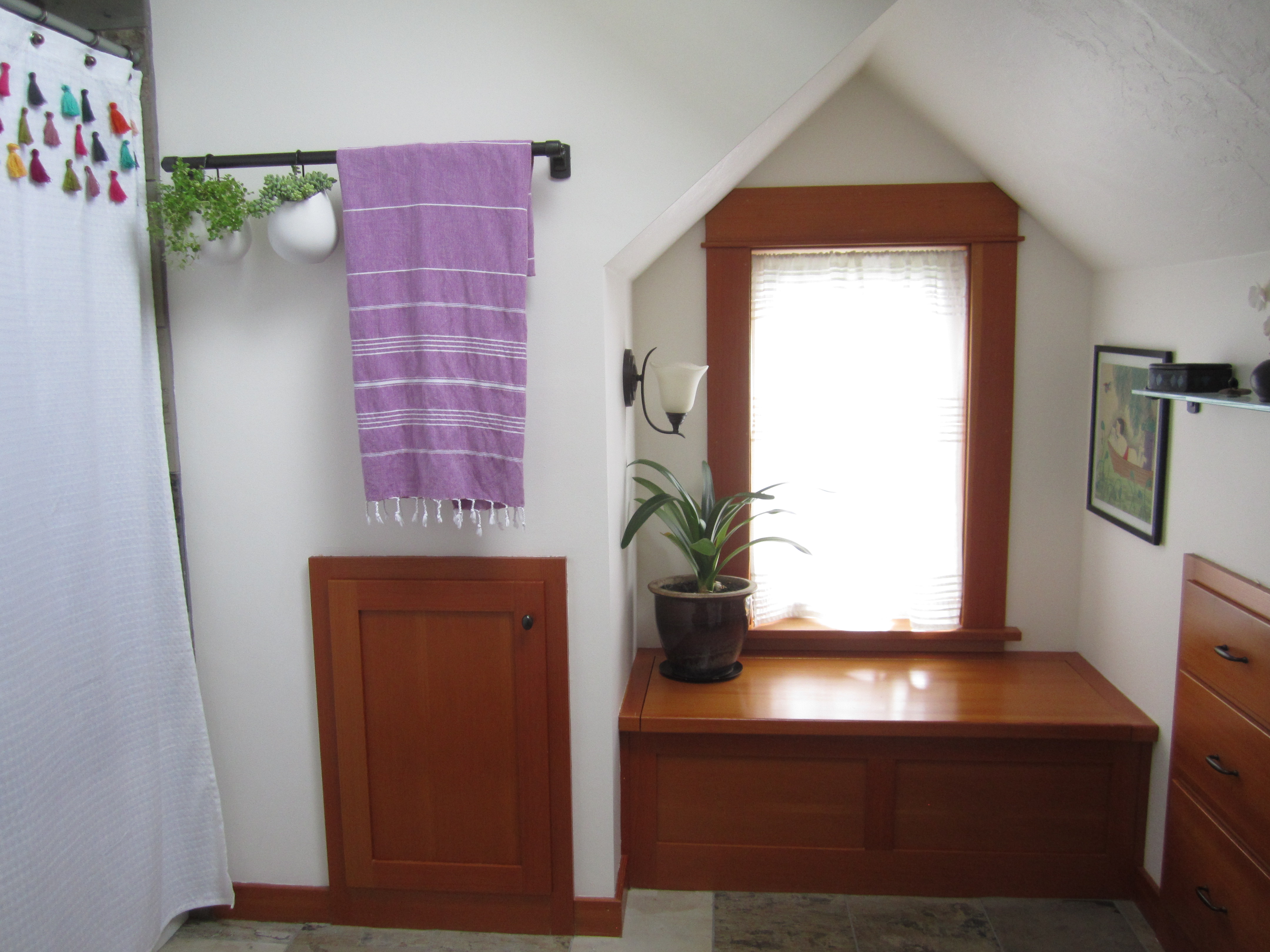 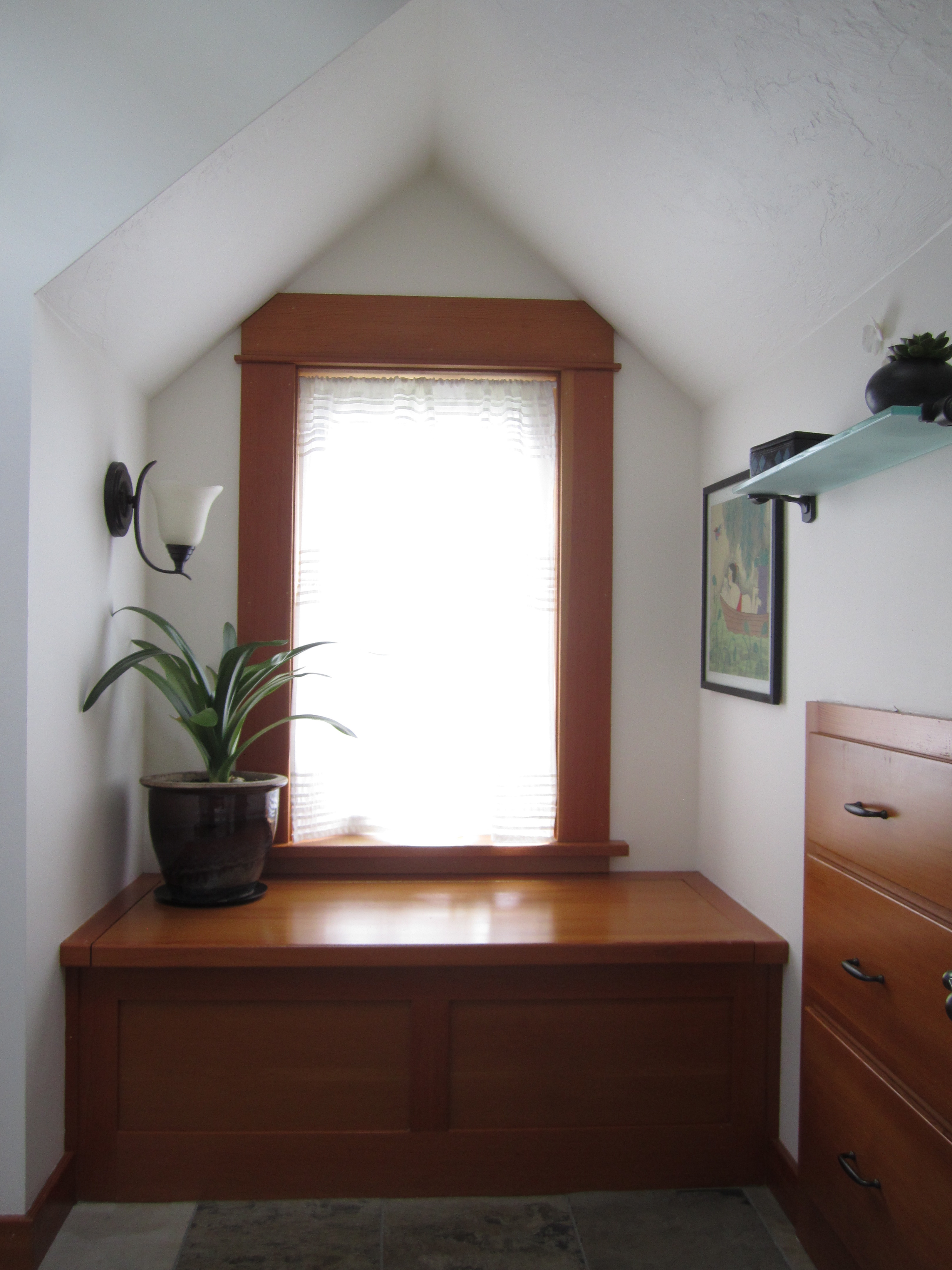 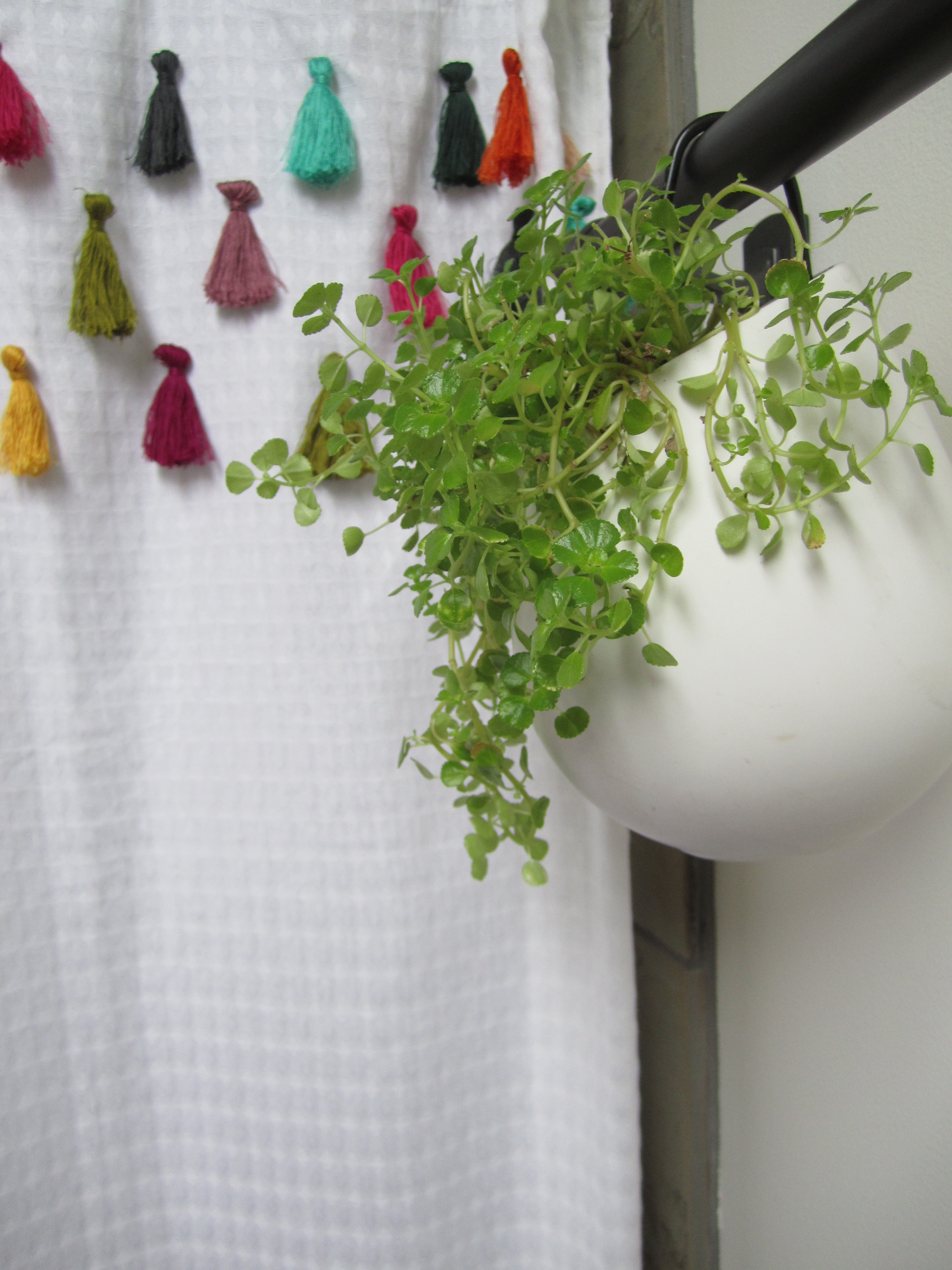 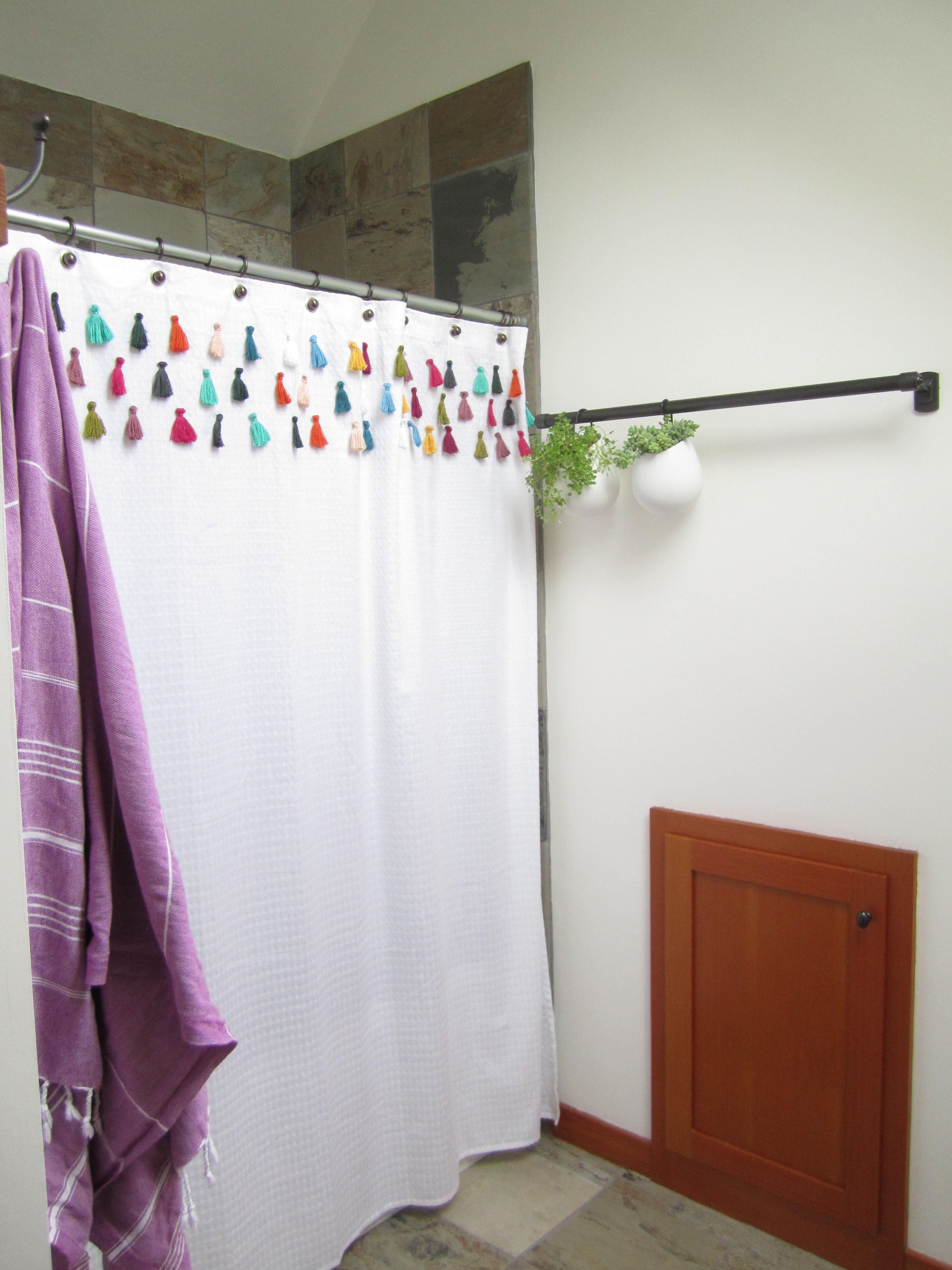 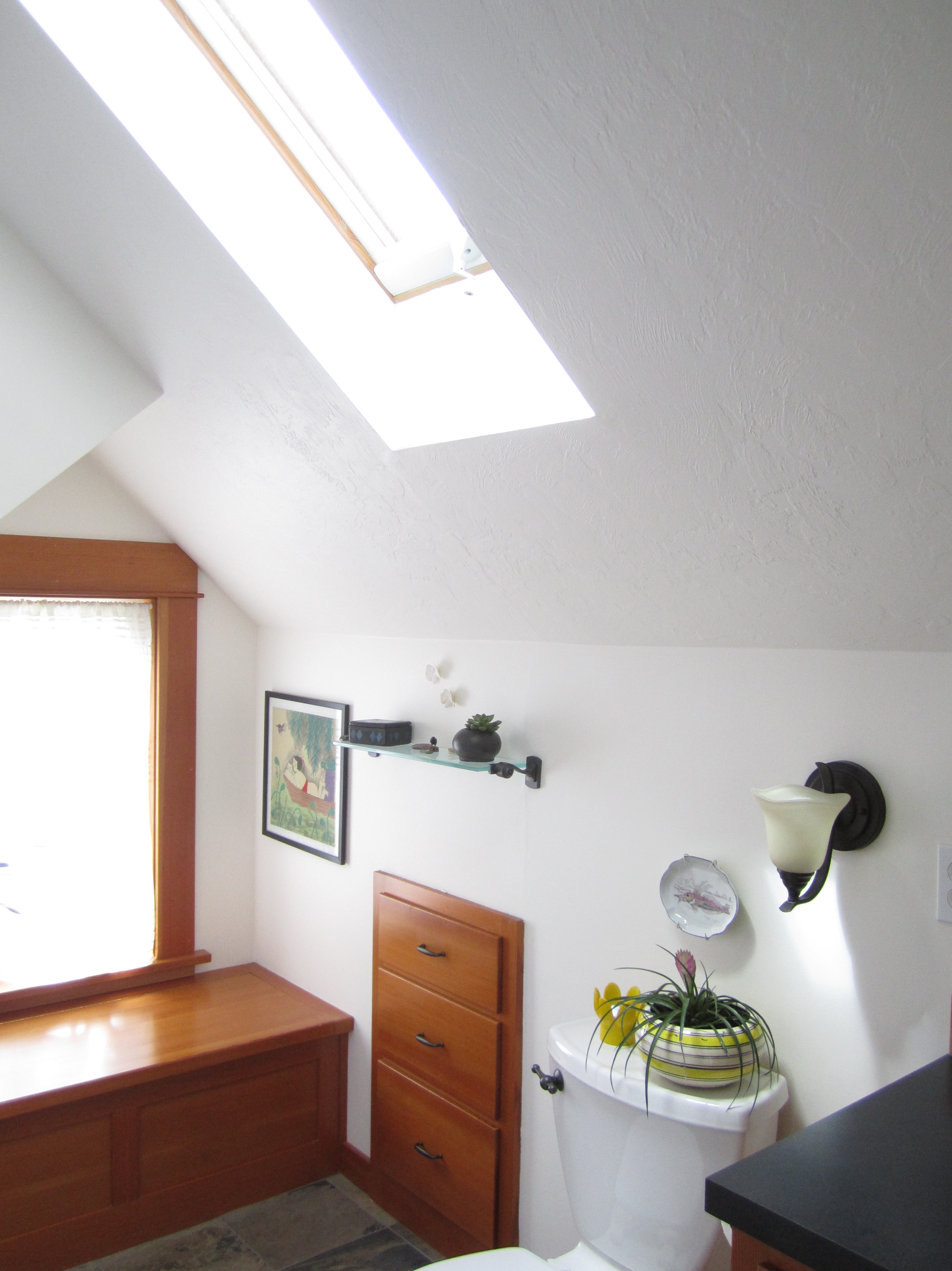 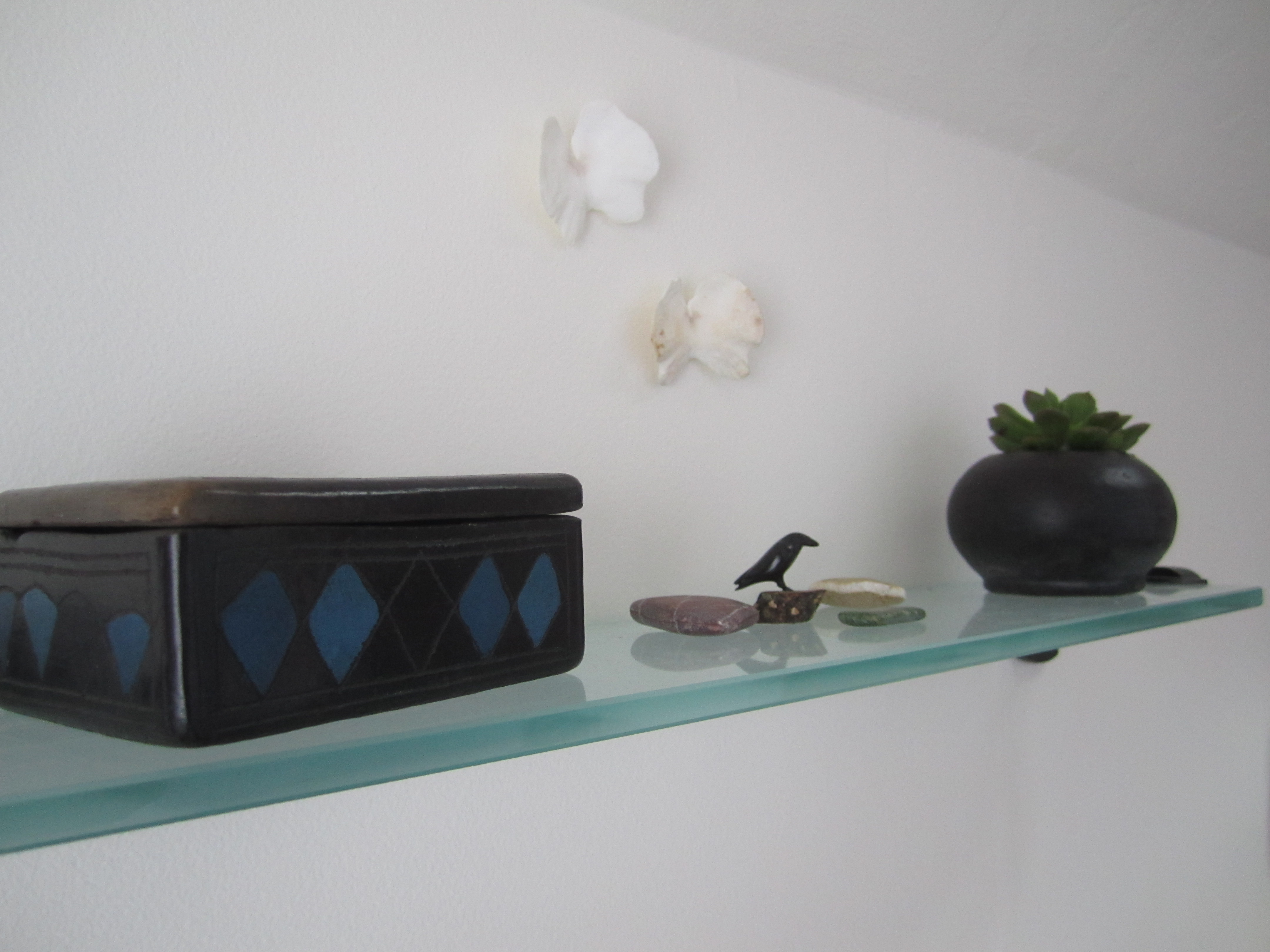 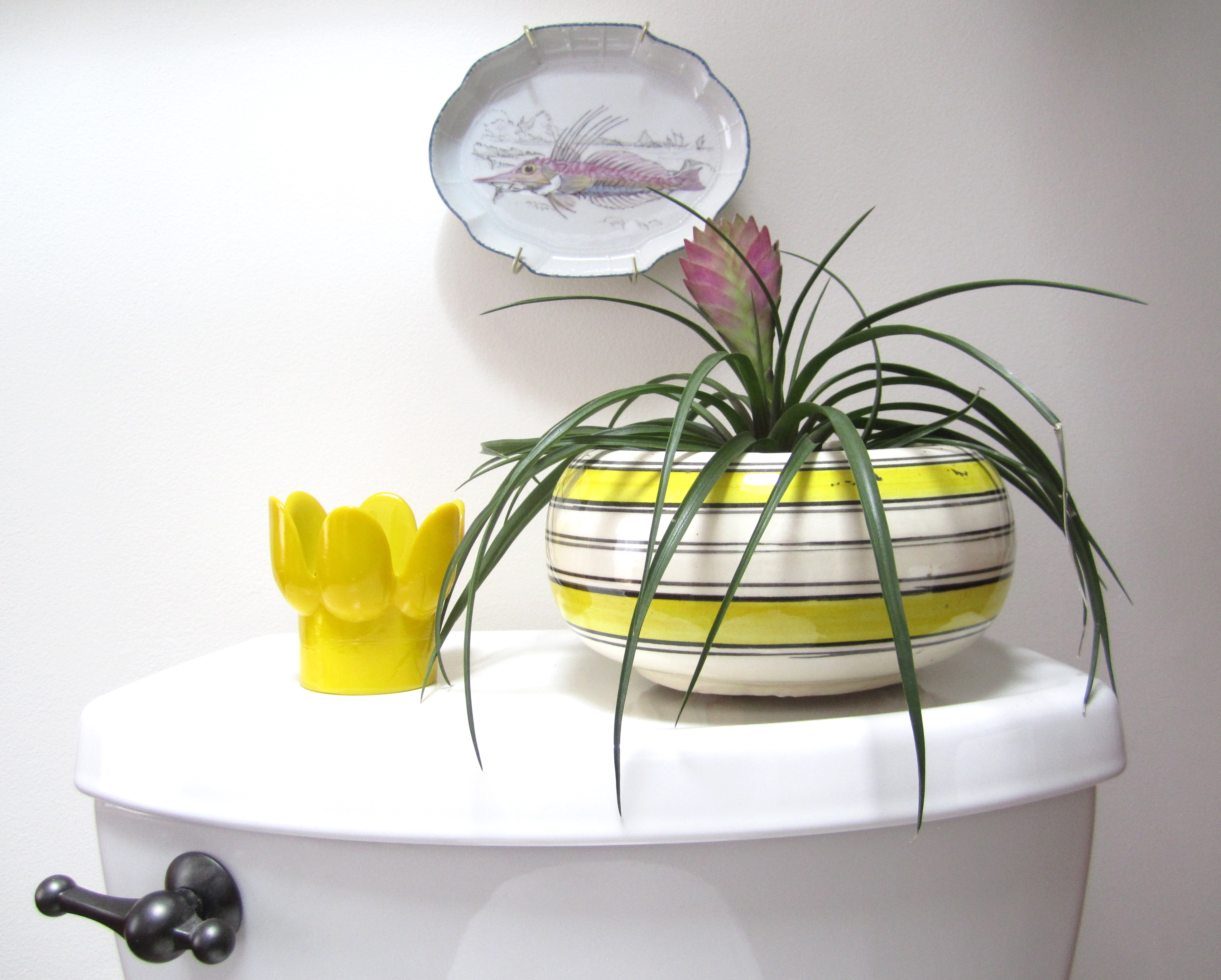 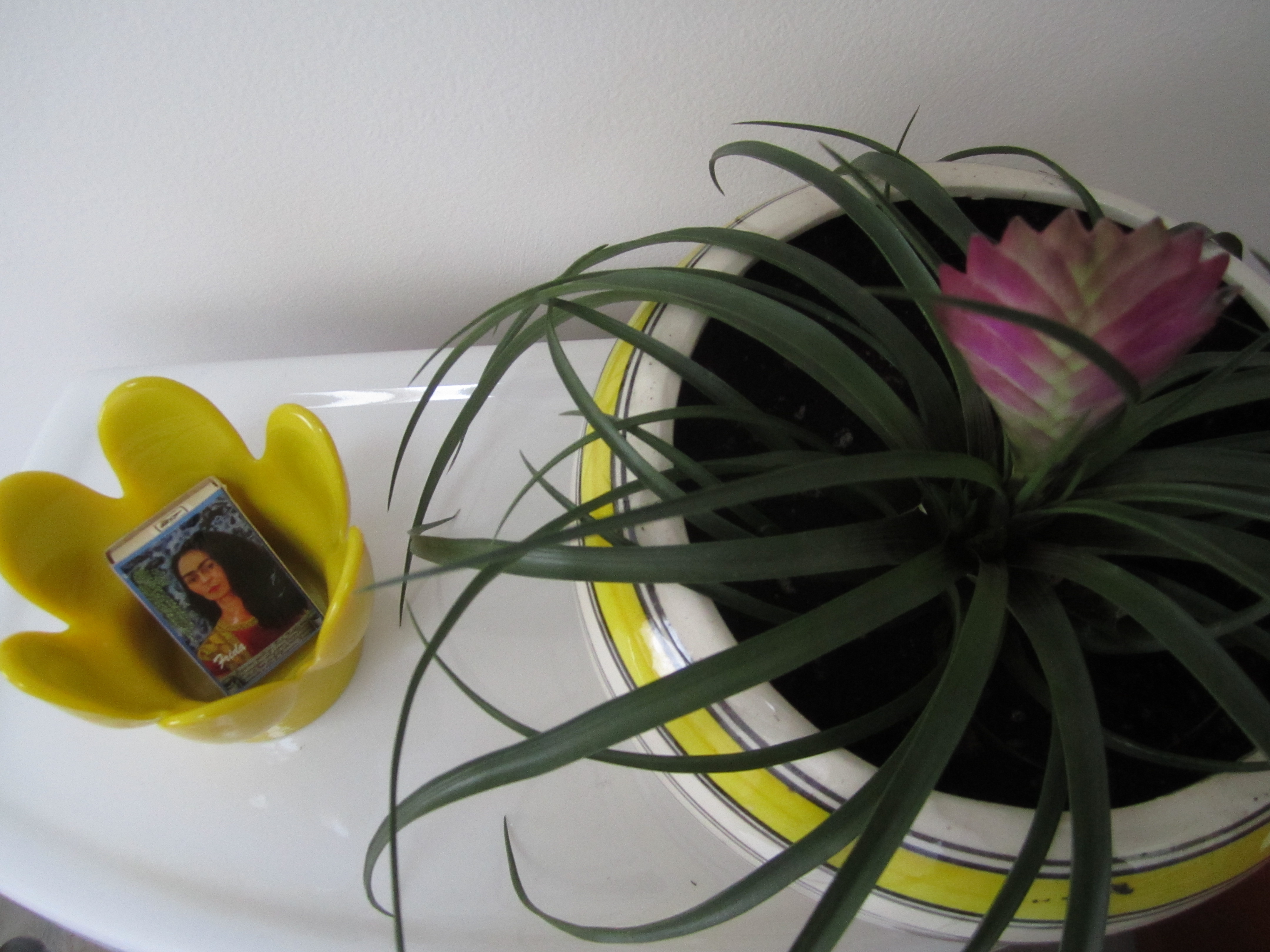 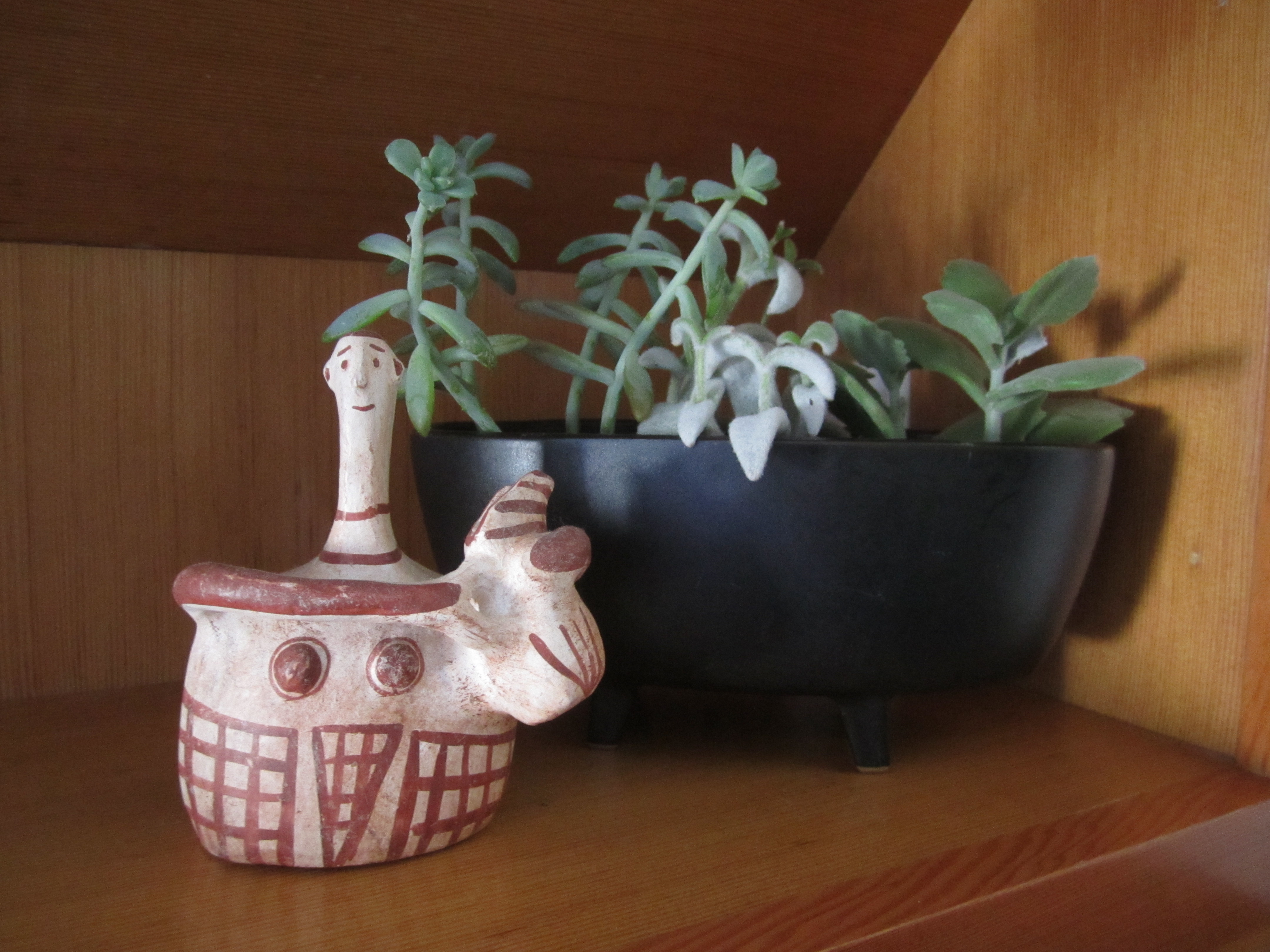 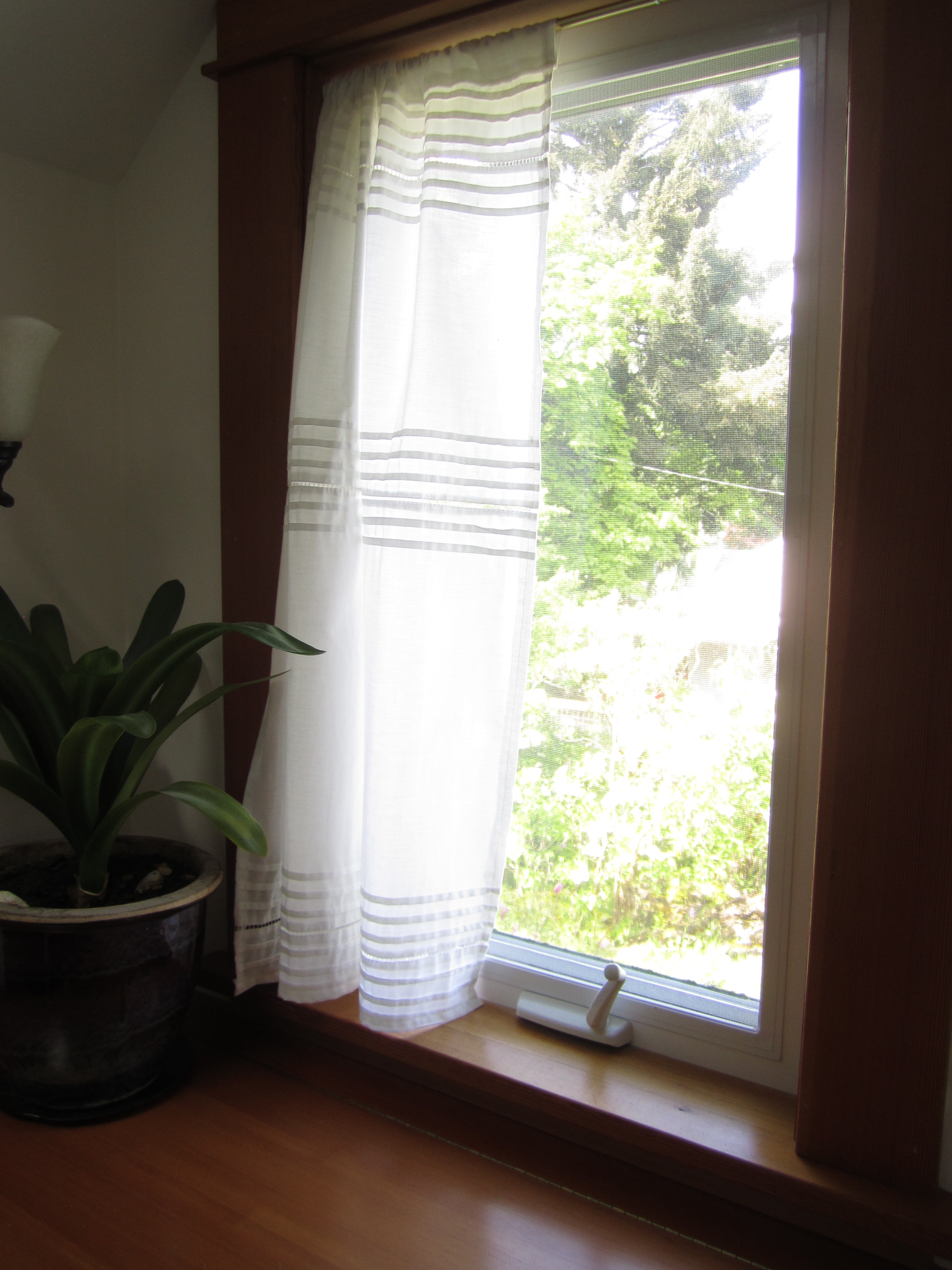 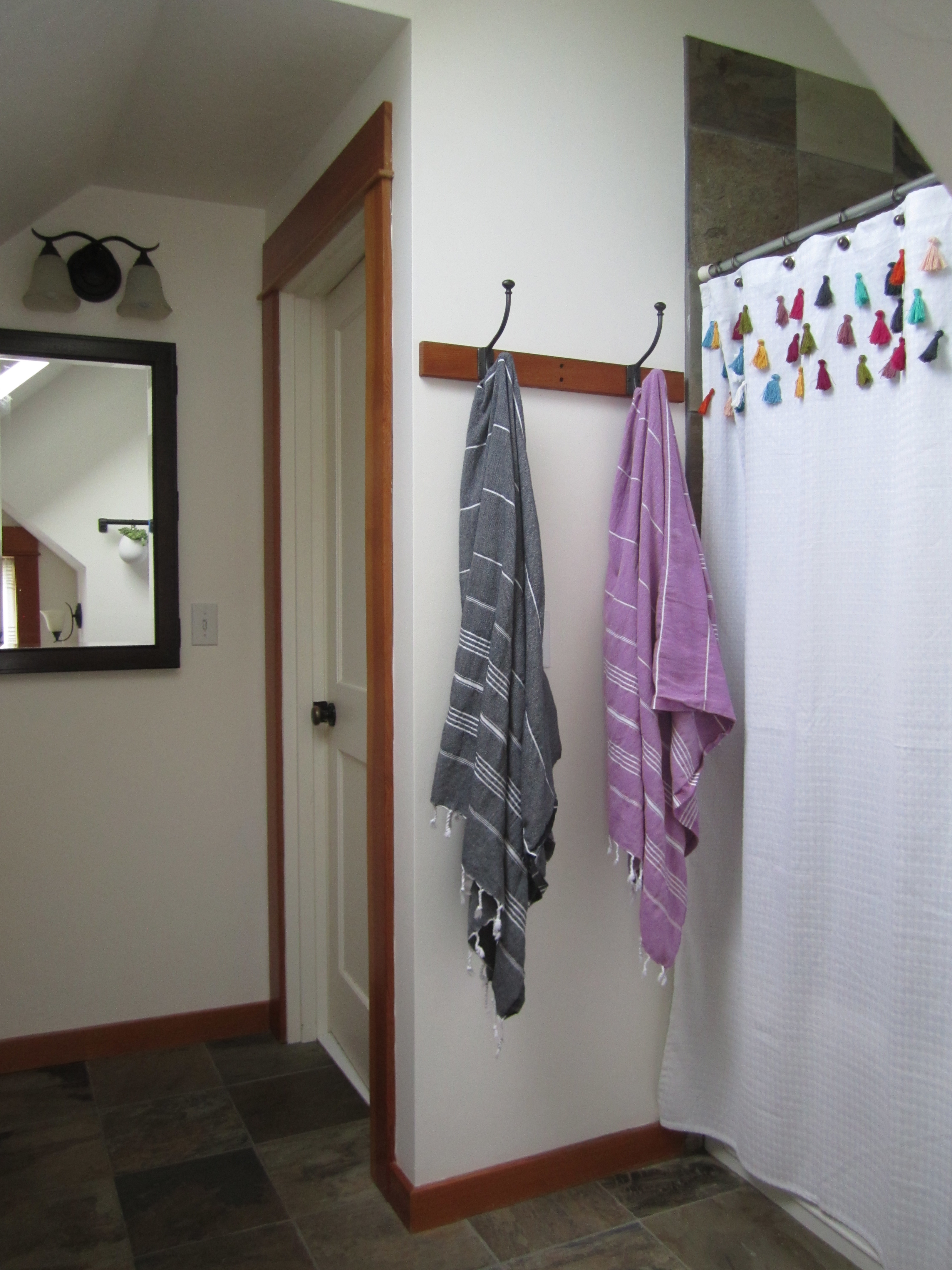