We’ve noticed the term “wabi-sabi” popping up on Instagram and Pinterest recently and, because we couldn’t suss it out based on context, we decided to do some investigating into what it means.  Most definitions we found include reference to imperfection and age, but we think this explanation from the Utne Reader says it best:

“Broadly, wabi-sabi is everything that today’s sleek, mass-produced, technology-saturated culture isn’t. It’s flea markets, not shopping malls; aged wood, not swank floor coverings; one single morning glory, not a dozen red roses. Wabi-sabi understands the tender, raw beauty of a gray December landscape and the aching elegance of an abandoned building or shed. It celebrates cracks and crevices and rot and all the other marks that time and weather and use leave behind. To discover wabi-sabi is to see the singular beauty in something that may first look decrepit and ugly.”

So how does that definition translate to decor?  We think this Ibiza home, with its raw, imperfect sink and rough-hewn wood, captures the wabi-sabi aesthetic to a T. 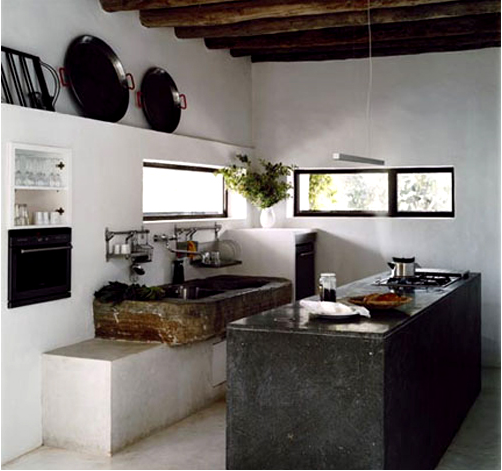 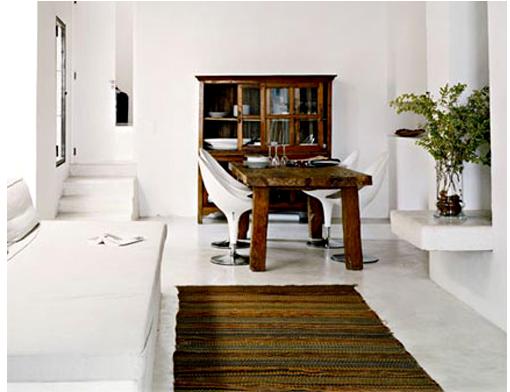 The wavy edges of Michele Michael‘s ceramics would put a little wabi-sabi on your table (and we’d certainly like to put them on ours). 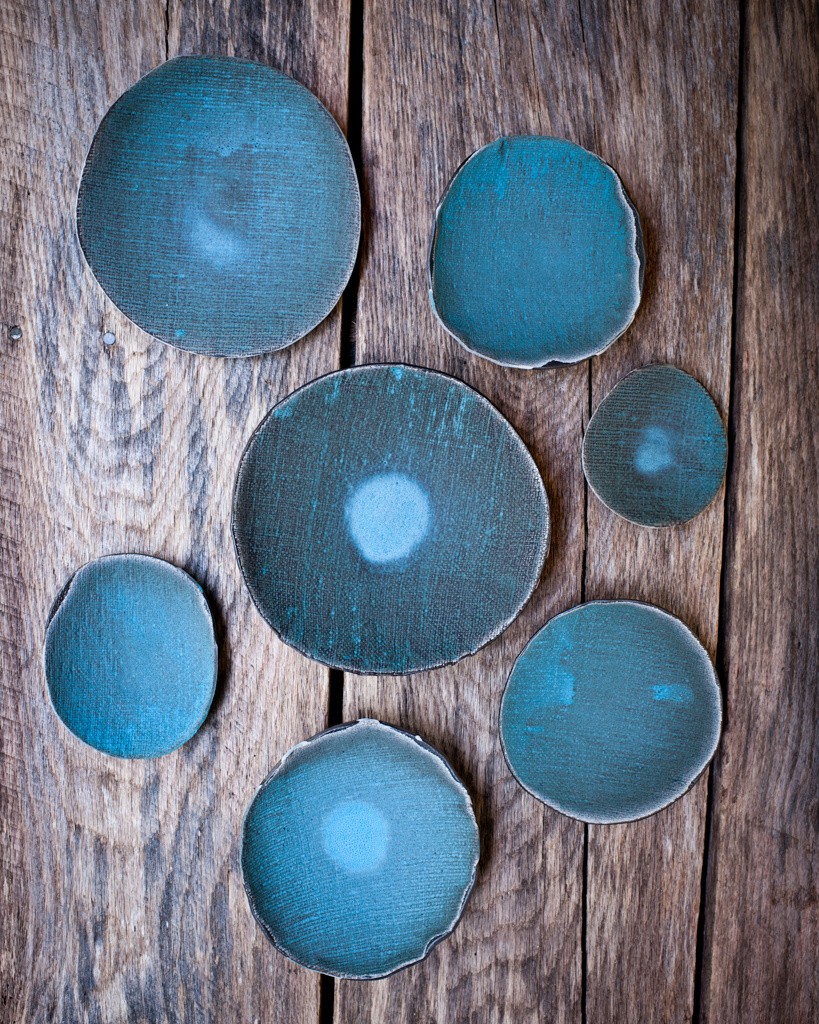 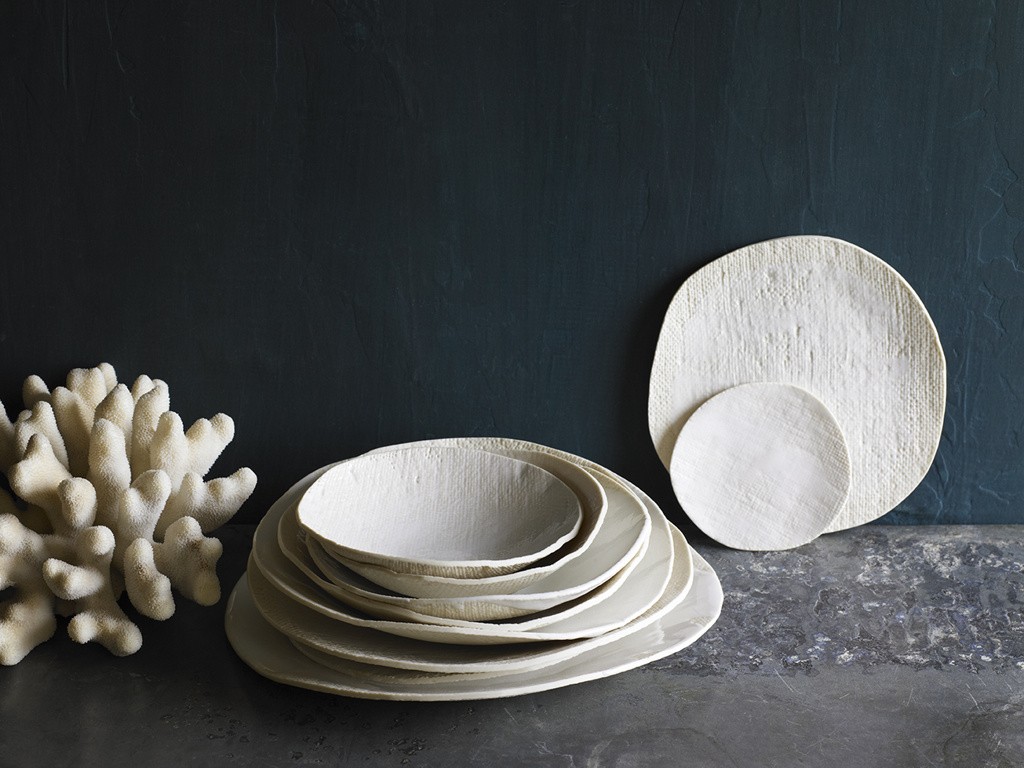 Recognize this next image?  Its ubiquity on Pinterest must speak to the widespread appeal of a wabi-sabi aesthetic. 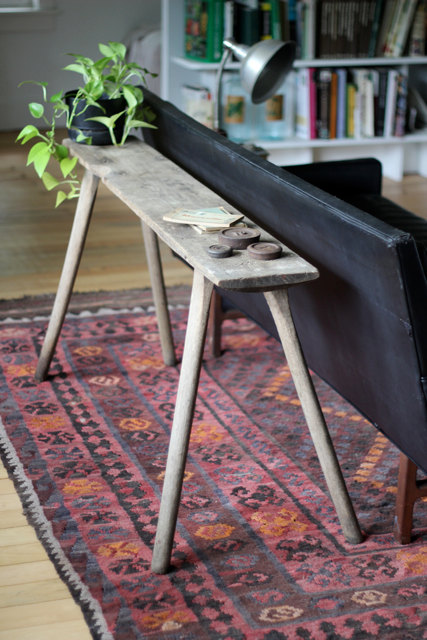 This next image is a little wabi-sabi vignette, each piece having its own patina and story to tell. 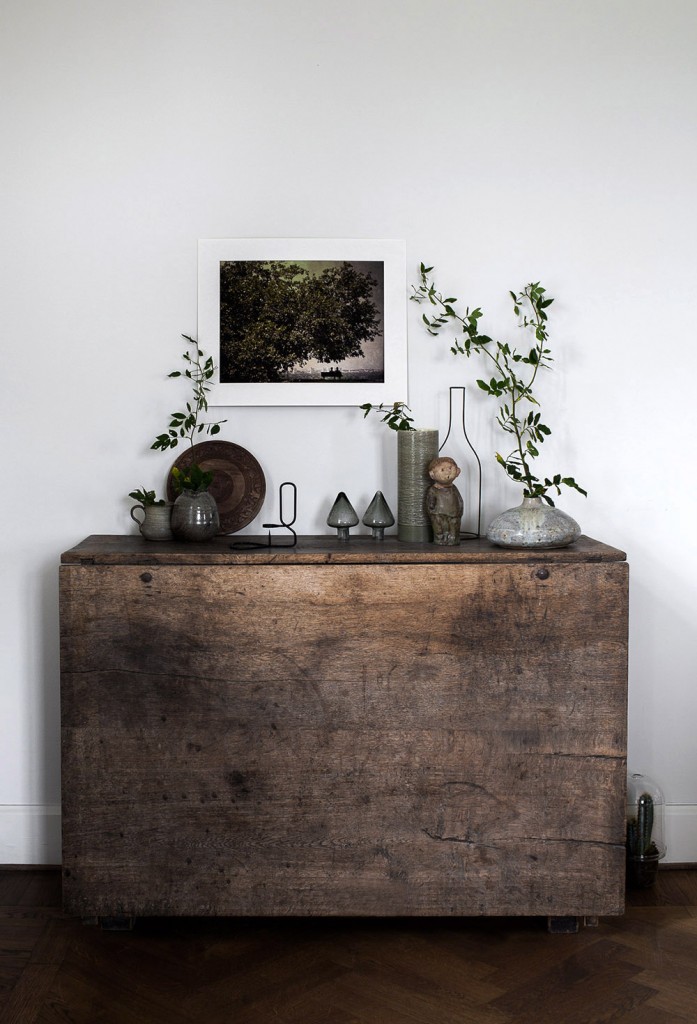 If a key component of wabi-sabi is that things are worn, loved, and aged, then these two images are wabi-sabi to perfection. 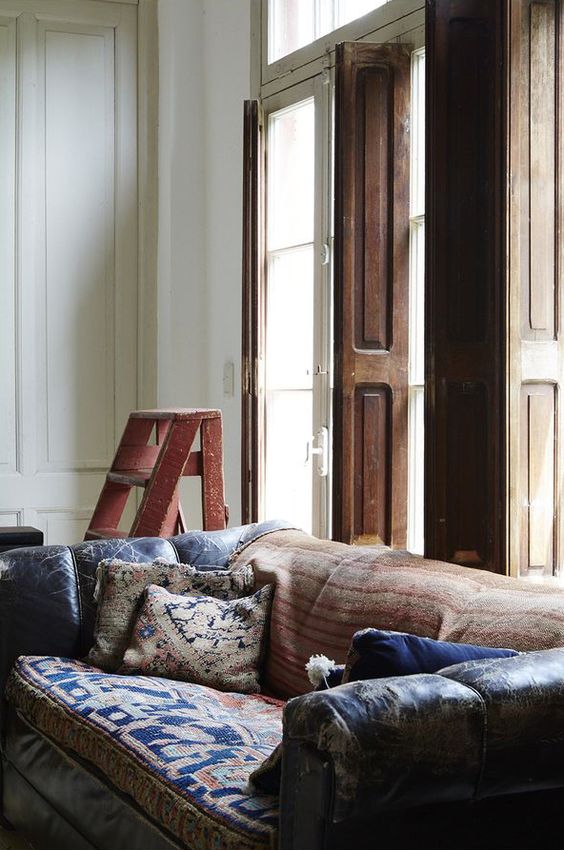 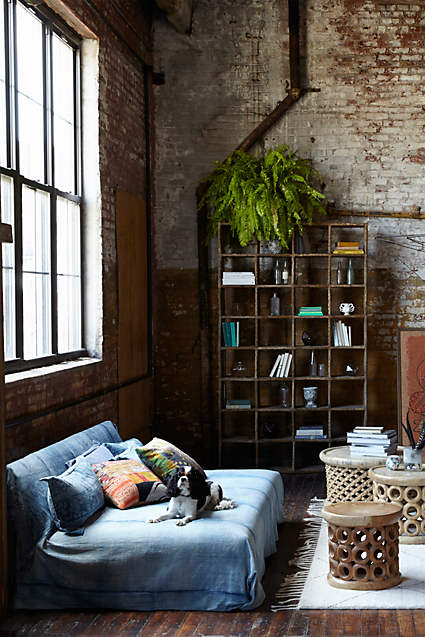 Are you familiar with this term and, if so, did we understand it the same way you do?  Anything to add to the definition?  Have a great rest of the week!

We’ve been hearing about and seeing a lot of ‘chinoiserie’ out in the design world lately but, while the word conjured up images of hand-painted paper, we didn’t know exactly what it meant.  The word “chinoiserie” is French for “Chinese-esque” and refers to the imitation or evocation of Chinese motifs and techniques in Western art, furniture, and architecture, especially in the 18th century.  It can refer to furniture and decor, but in this post we thought we’d round up chinoiserie wall treatments.

Chinoiserie wallpaper is indisputably fancy, and most of the examples we found were in very posh rooms – we only found a few examples of it used in more modern spaces.  In this bedroom the slab headboard is a nice and weighty contrast to the willowy vines, while the all white bedding lets the wallpaper be the star. 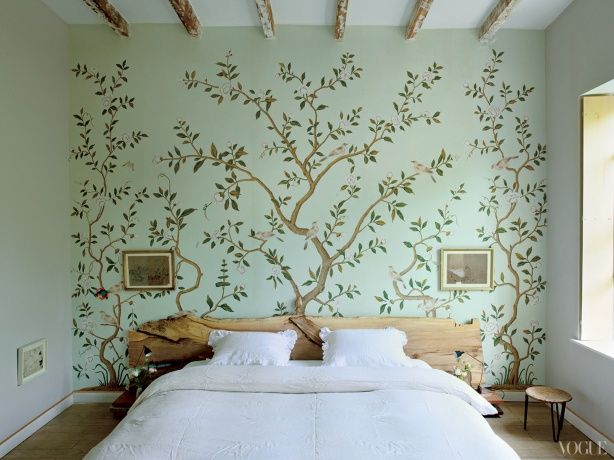 This room has some particularly modern elements — most notably the Serge Mouille ceiling lamp — and the chinoiserie wallpaper adds the perfect organic element and gives the room a feeling of lived-in layers. 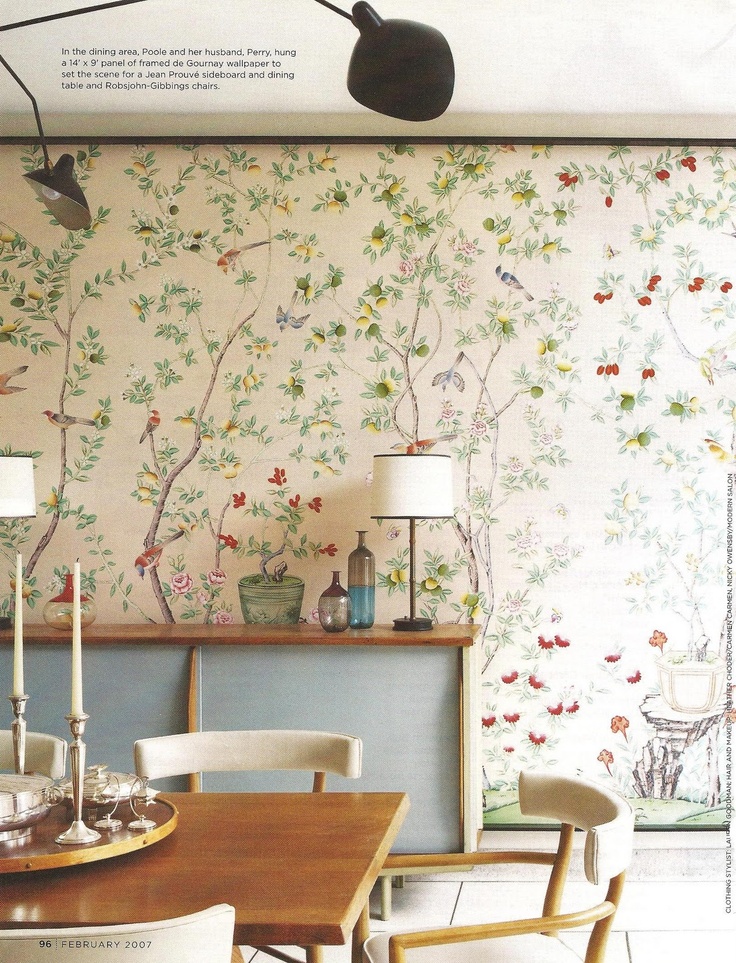 This verdant wallpaper beckons from the hall. 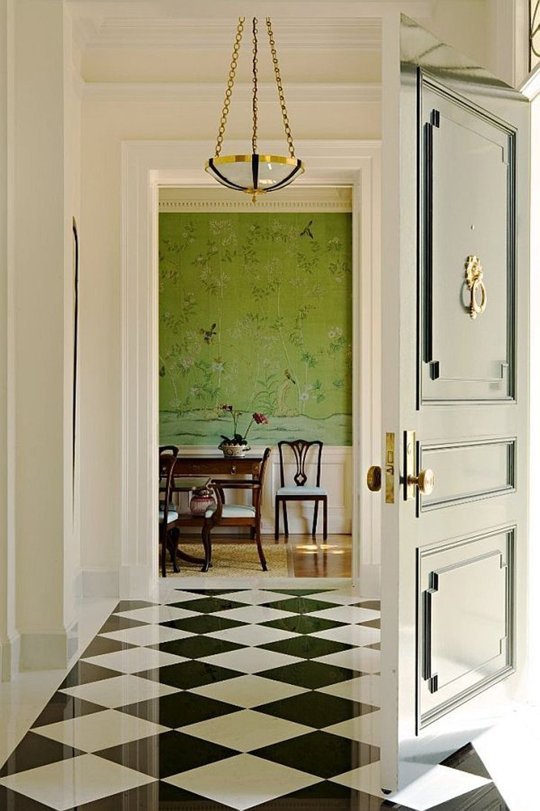 The yellow flowers on the purple-grey background of this version make it one of our favorites.  And you just know that cup of tea is perfectly steeped. 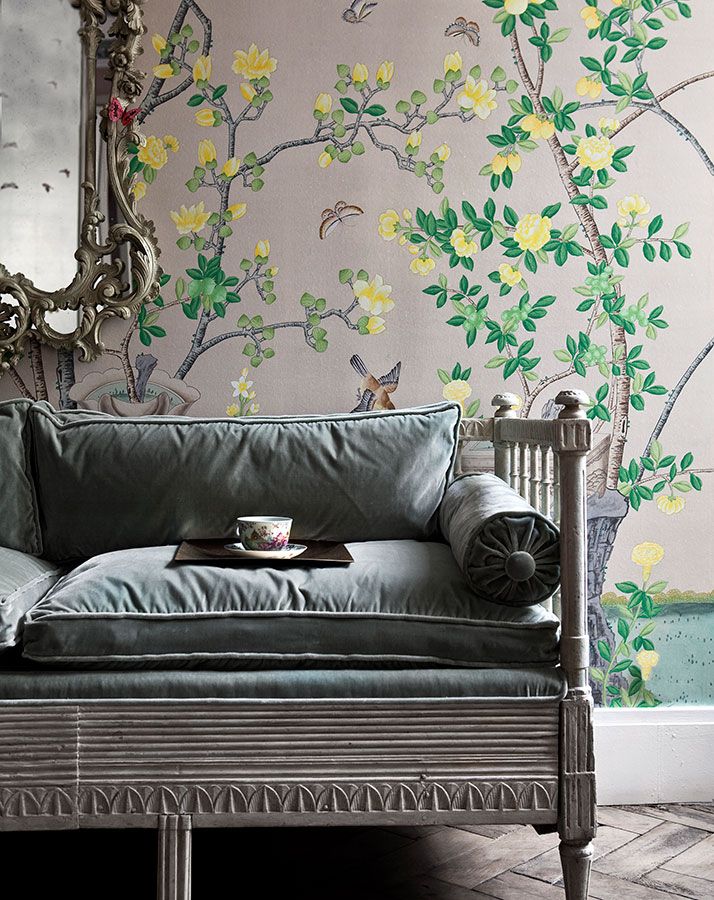 Pretty unusual to find chinoiserie in a kids room.  We’re not totally sold–do you think it works here? 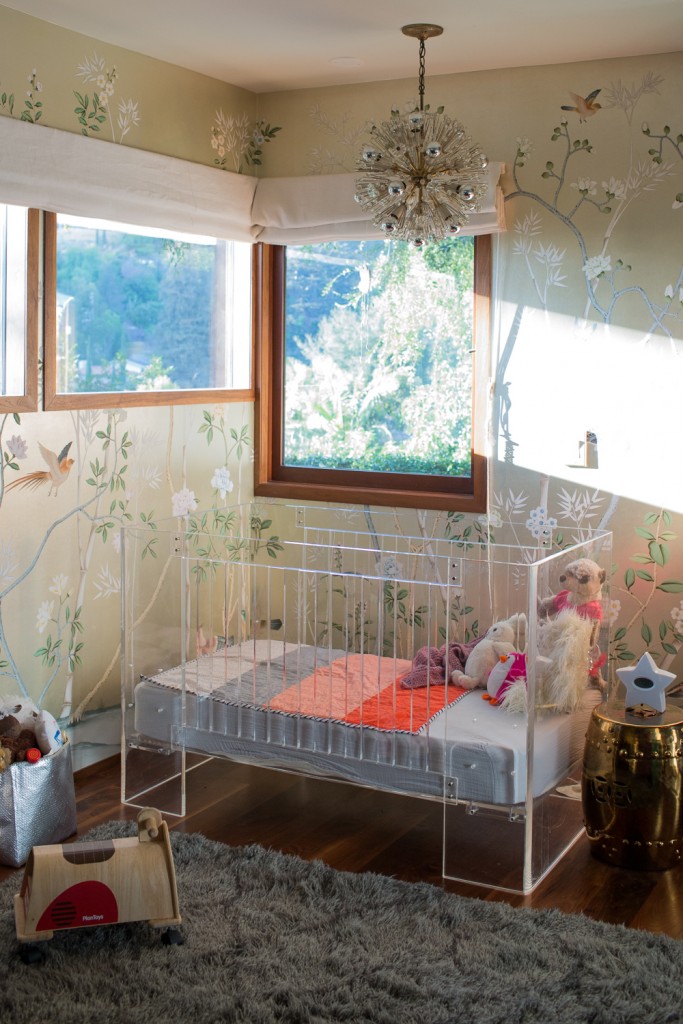 The hallmark of chinoiserie wall treatments (including wallpaper) is that it is hand-painted. Here’s an action shot. 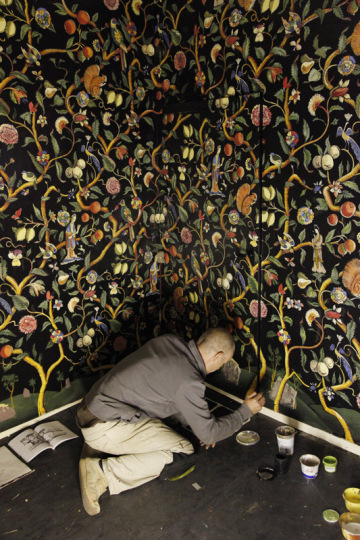 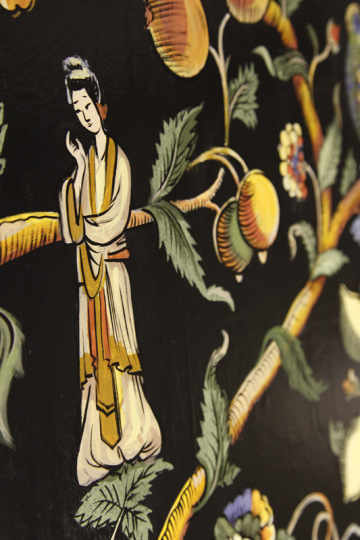 A more affordable way to get the look is to use chinoiserie wallpaper panels and frame them in plexiglass like our favorite blogger and muse Jenny Komenda did here.

This room unabashedly embraces chinoiserie everything. The carp are a little creepy, but in a good way. 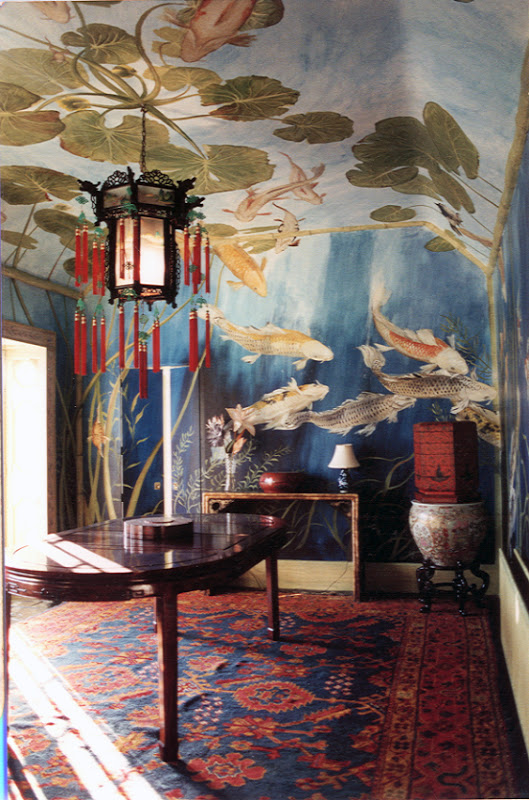 Anthropologie has its own interpretation, but if they hadn’t named it chinoiserie we’re not sure we would have recognized it. While it contains the standard elements of birds and flowers, the colors are much more vibrant and it feels overly tropical to us. 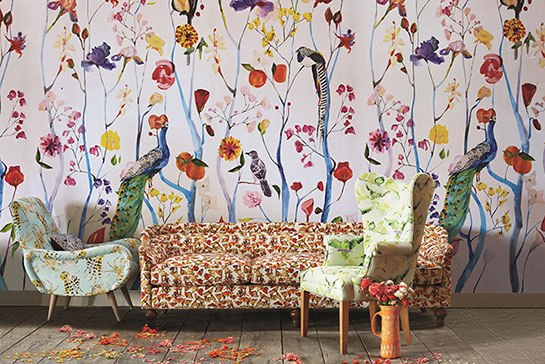 Have a great week everyone! We’ll be back on Wednesday with a report on our Eugene weekend together–we thrifted up a storm! 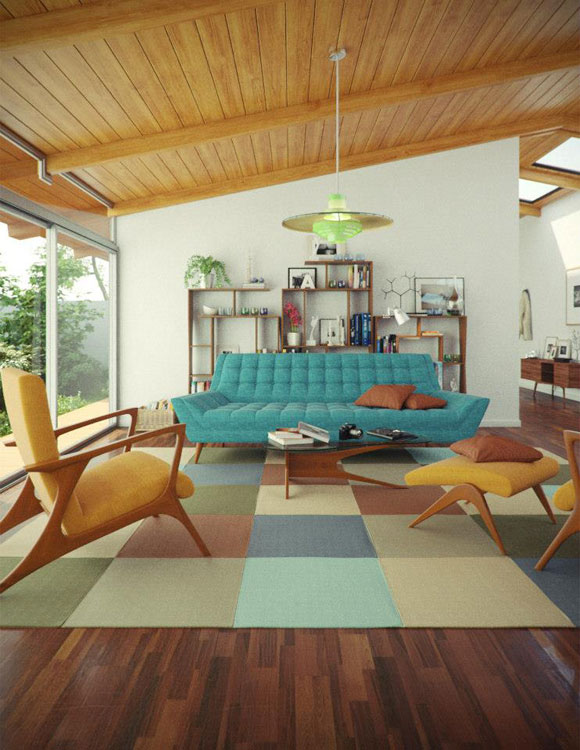 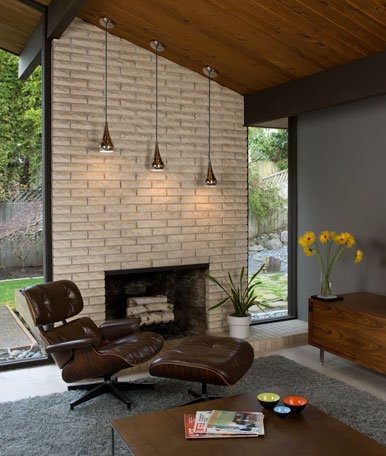 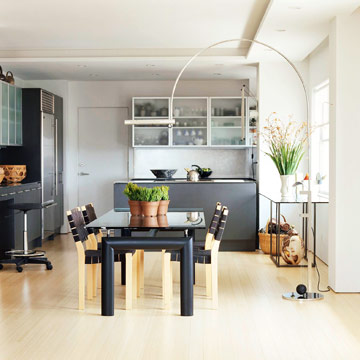 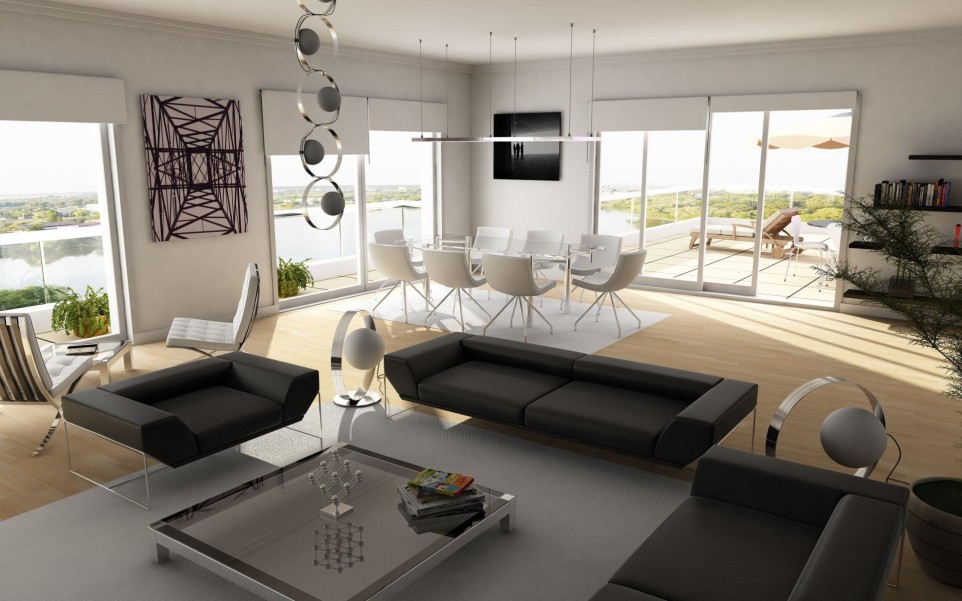 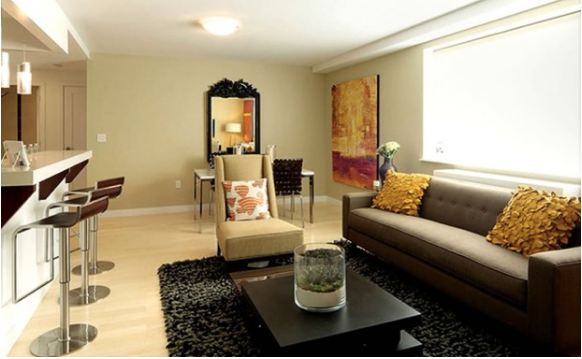