One of the features I love most about our newly remodeled bedroom is the roman shades. I grew up here in Alaska, and it used to be that in mid-June when we have 20+ hours of daylight I would slumber blissfully in a sunbeam all night long.  But in my dotage I require a darkened room for the chance at a few solid hours of sleep, so good window-wear was a priority in our new bedroom.

On the windows behind our bed, the window trim meets the peaked ceiling at the top corners, which makes hanging drapery next to impossible.  I’ve loved the look of roman shades for a long time, and they were the obvious choice here. 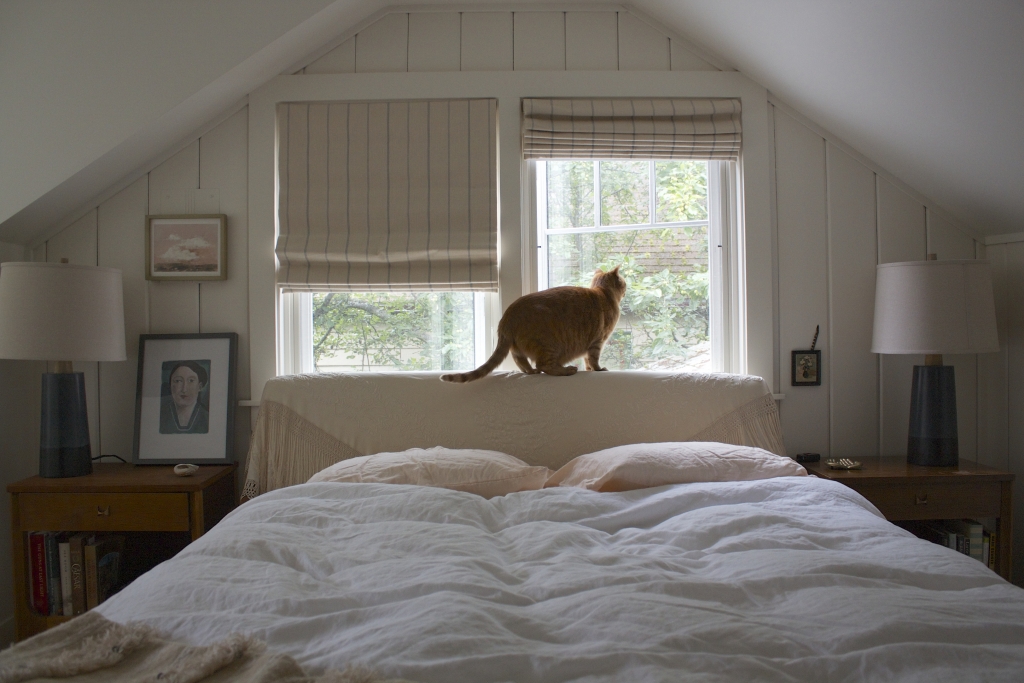 1.  They Really Work–Almost Too Well

Because of our long hours of summer daylight, I ordered our shades with blackout linings.  When they’re fully down, it’s pleasingly dark in our room, although there are slivers of light visible on the sides.

[Cromwell requests that we all take a moment to recognize the depth of his sacrifice in service of this GIF.  It took him at least one full minute to get back to sleep.]

The flip side of how well they block light is that when the windows are open but the shades are down, almost no air gets through them.  I’m sure we’ll be grateful for how insulating they are during the winter, but for now we’ve been leaving the shades open a crack at the bottom to let a little breeze through.

The three larger windows in our bedroom have cordless shades, but the shades on the two small windows have cords.  Maybe other companies are different, but Smith and Noble can only make roman shades cordless when they’re over a certain width.  I thought that the cordless controls would be like those on honeycomb shades, where you just apply a little pressure upward and they lift.  Instead they are like the controls on roller shades–you pull down and release.  This makes me a little nervous because we took ancient roller shades out of this room as part of the remodel.   Most of the time they wouldn’t retract all the way no matter how gently or vigorously you pulled down on the mechanism.

So far these seem solid and work reliably, and I’m hopeful that they’ll hold up because I really prefer them to the cord control versions on our two small windows. 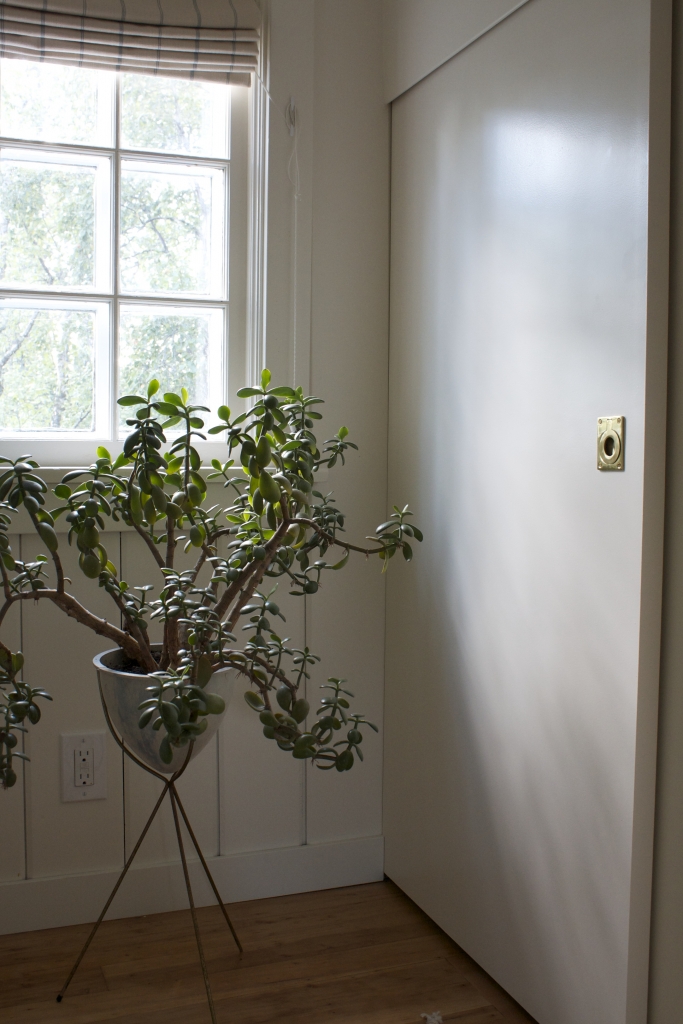 The cord control versions don’t have a self-stopping mechanism, so the cord has to be wrapped around a cleat screwed to the window frame.  This isn’t a big deal, but pulling the cord to the outside of the shade to loop it around the cleat does make it a little harder to keep the shade folded neatly and evenly when it’s all the way up.

3.  They’re Not Great for Small Windows

Apart from the closet construction, the biggest remodel-ly thing we did in the bedroom was to add this tiny, south-facing window.  It has to be tiny because of the way the roof slopes, but it lets in a ton of light, and was totally worth it.  That said, I wish I had figured out an alternative to the inside-mount roman shade for it.  The window is only 18 inches tall, and the shade takes up almost 6 inches.  Plus I think because it is so small, it doesn’t fold up as cleanly as the others and always looks a little schlumpy. 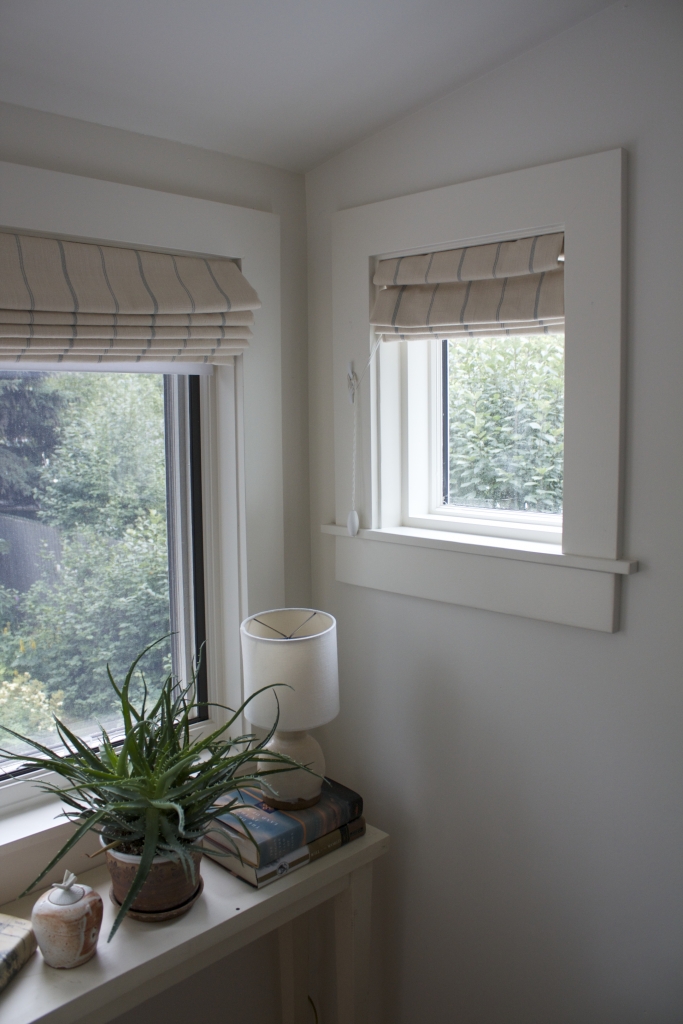 If your windows are small, or if they’re set low in the wall (with the top of the frame close to eye-level) I wouldn’t recommend inside-mount roman shades.   They cover too much of the window, meaning less view and less light. Any suggestions for other window coverings for this bitty window?

Despite a few drawbacks, I am overall very pro roman shades. They do the job, and to me they look tailored and unobtrusive.  What do you think?

7 responses on “The Ups & Downs of Roman Shades”