Pom poms are like little yarn happy pills (I almost titled this post Pom Pom Prozac, but then thought no, too glib. Palooza though, now there’s a catchy title!). There’s been a lot going on over here at Red House West Northern Headquarters–all to the good, but big changes that I’ve been agonizing over–and making these peppy little pom poms has been a nice way to occupy my hands and let my mind relax a little.

I’ve seen tutorials for making pom poms using a fork, or a piece of cardboard, but for a person like me whose big ol’ man-hands are too clumsy to knit (or even, let’s just say it, crochet) those looked a little complicated. Then on a recent foray to JoAnn’s I stumbled upon these pom pom makers from Clover: 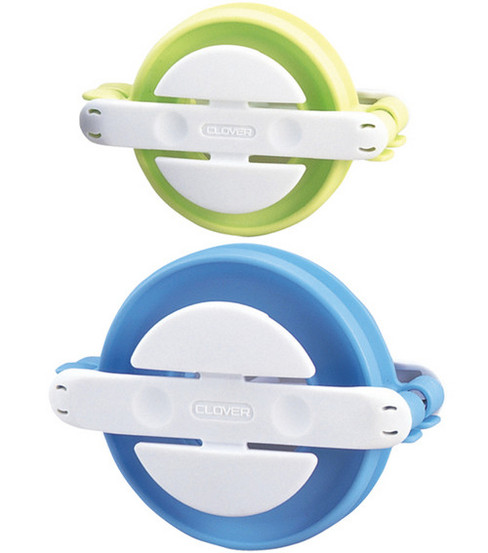 I have lots of yarn around from my afore mentioned attempts at the yarn-arts, and I figured this would be a great way to use some of that supply. The pom pom makers don’t come with the greatest instructions, but I found this video helpful.

Once I got proficient at using the Clover pom pom maker making each one took about 3 minutes or so, depending on the size I was using.  I’ve been adorning everything in sight with pom poms since, like this garland draped on the bookshelves in Opal’s room (you can see more of her room here): 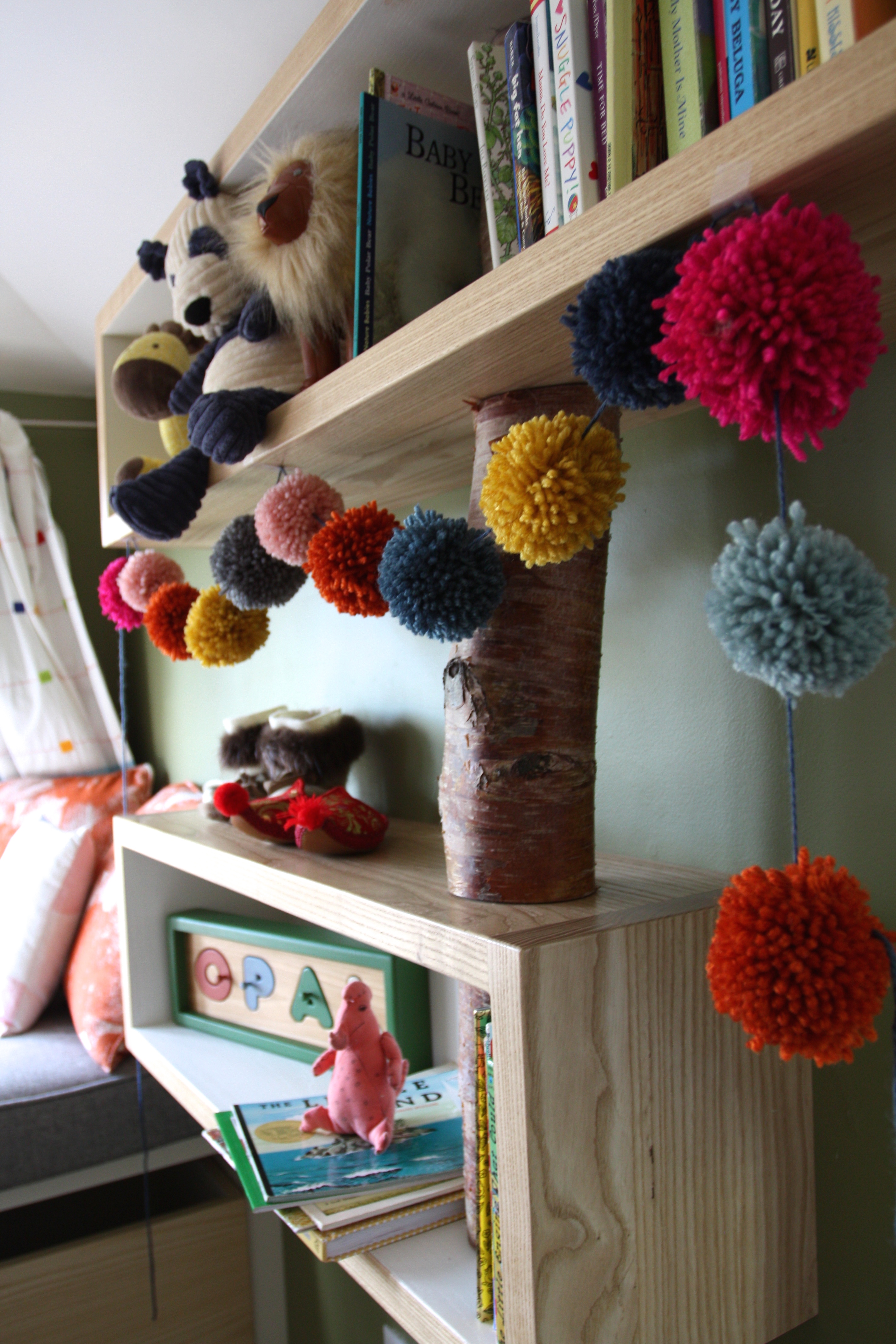 I also tied some to this ho-hum wicker basket that we use as a toy box by the breakfast nook: 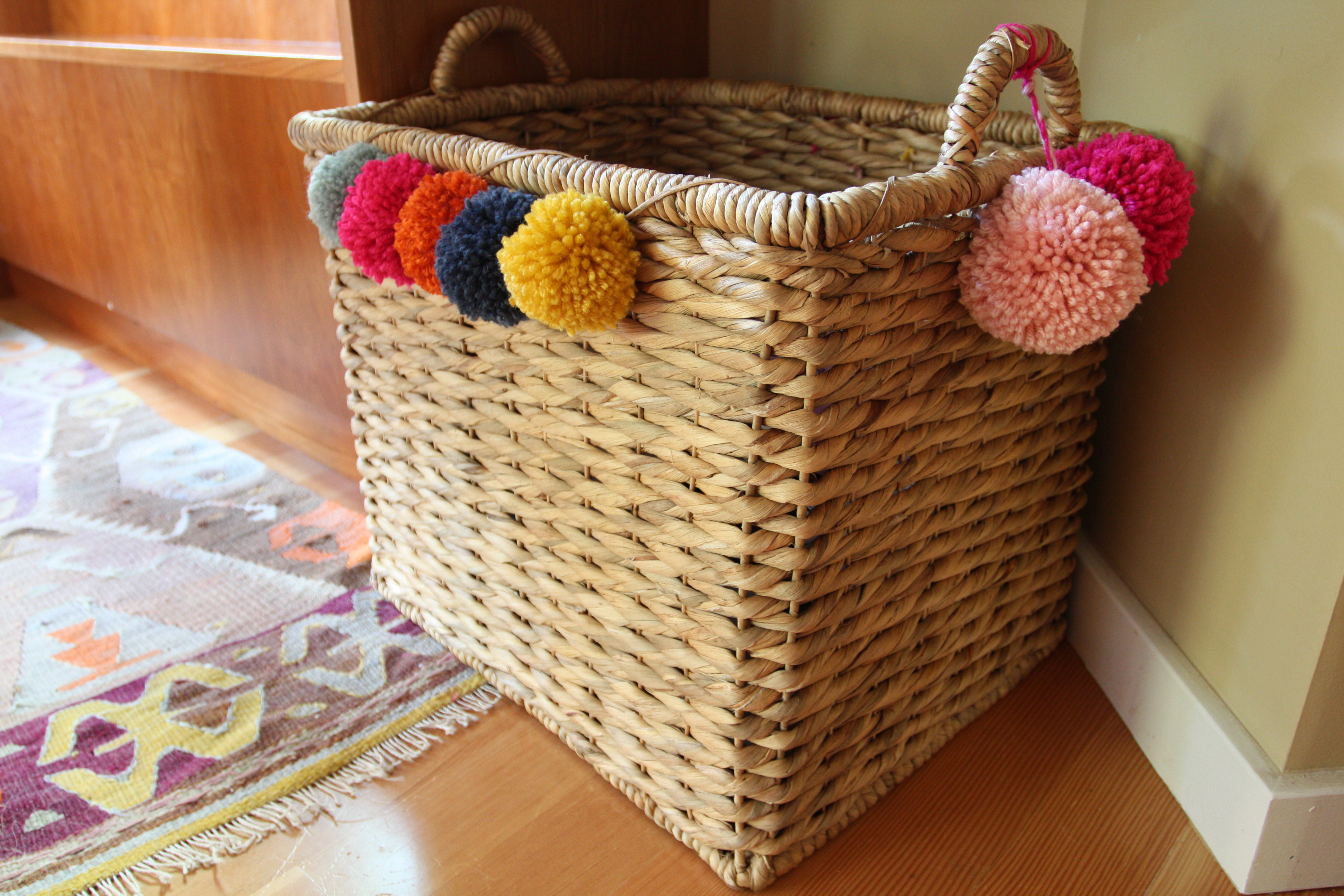 And last but not least, I made a pillow from the leftover fabric I printed for Winnie’s dog bed and added some chirpy pom poms to the corners: 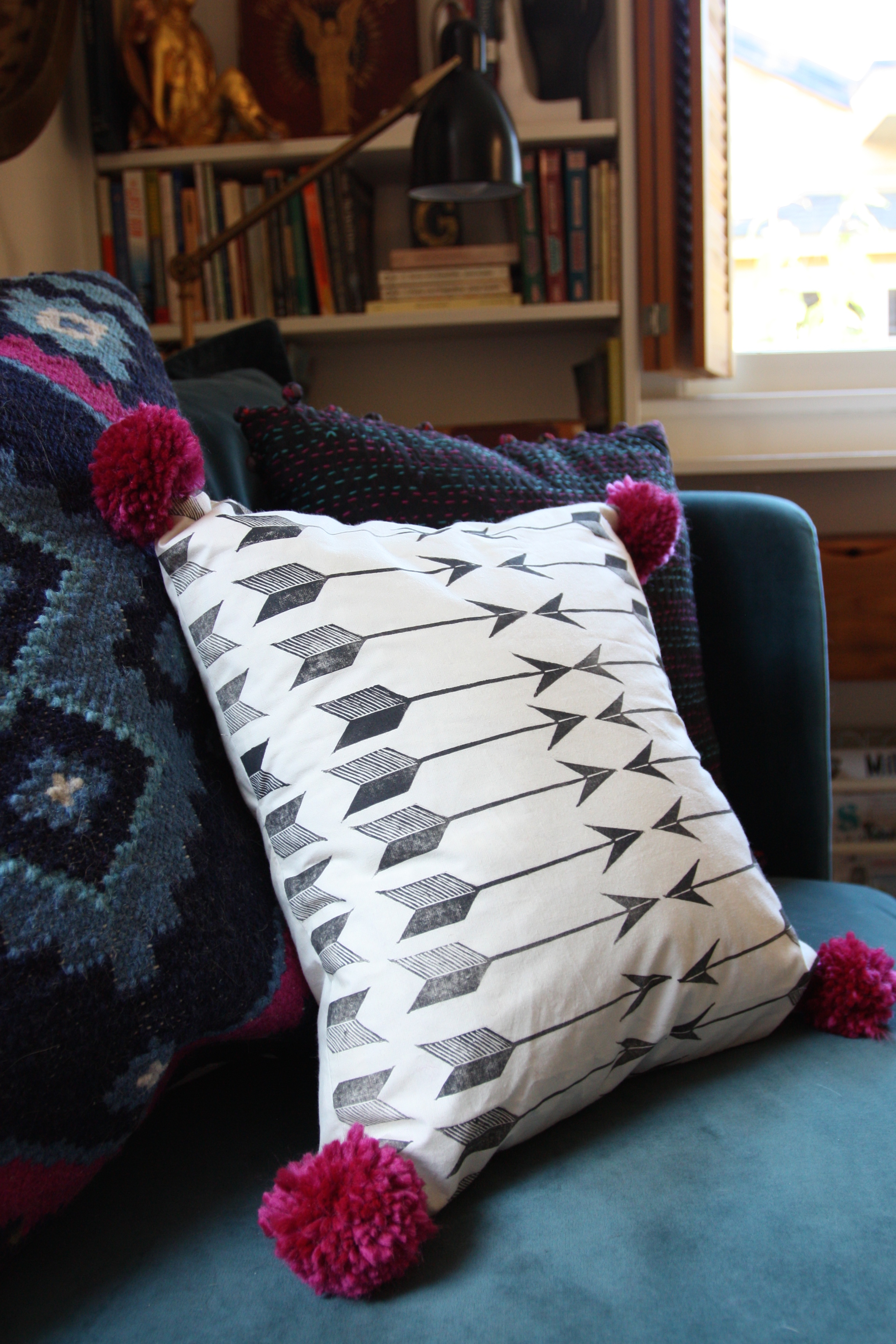 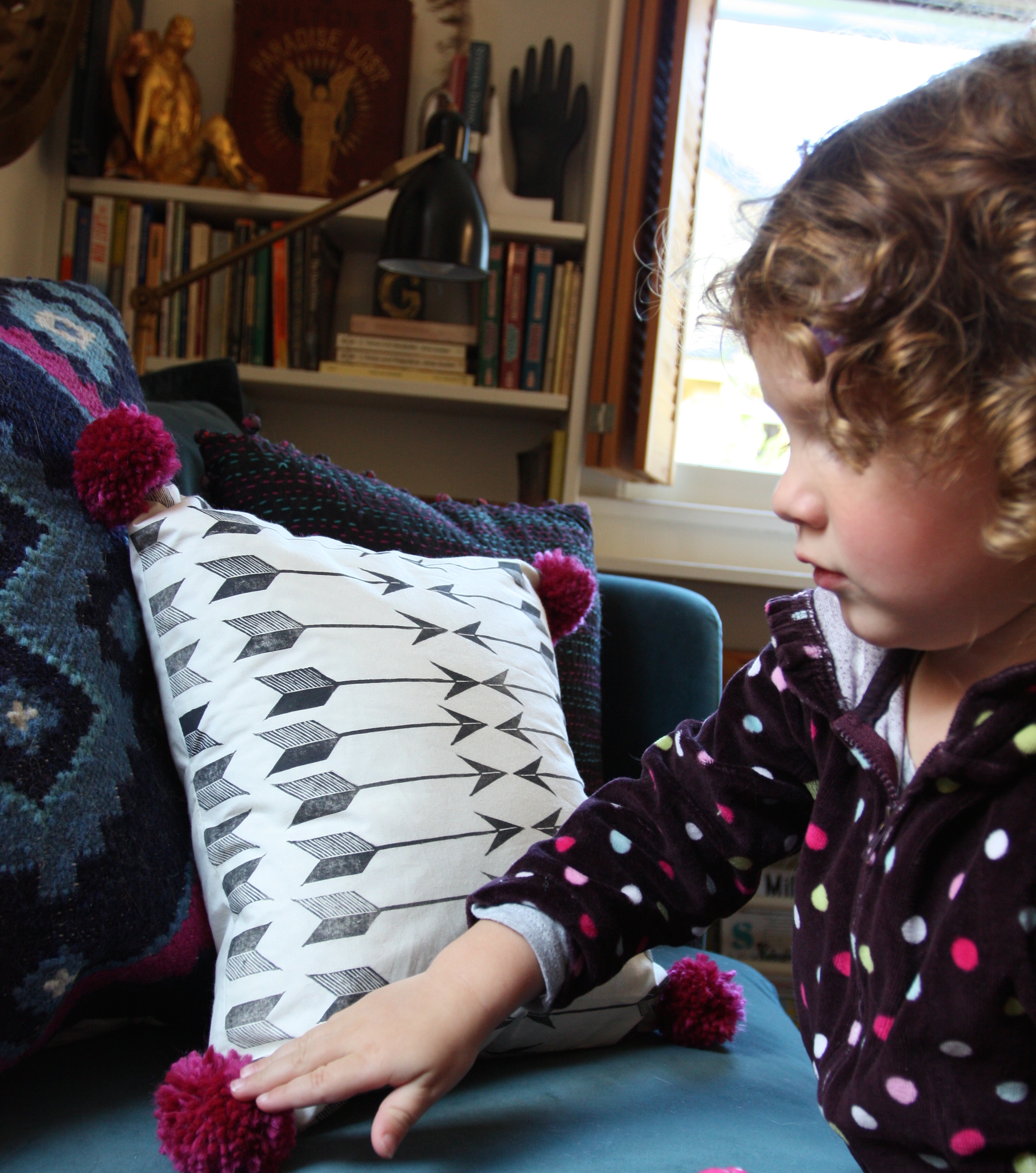 I can think of lots of other things that would benefit by the addition of a pom pom or two or ten. They would be really sweet on top of a  wrapped gift, around the edges of a throw blanket, or on the ends of a cozy scarf. Here are some other sunny pom pom ideas from the online DIY hive mind: 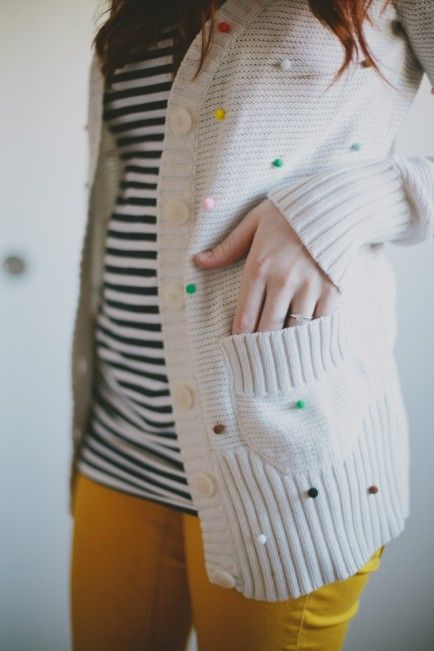 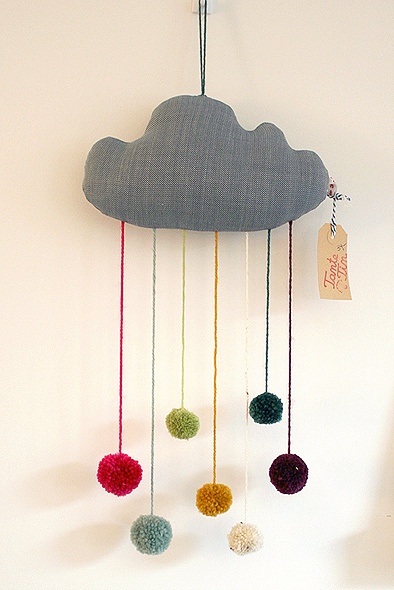 Thanks for reading along, I hope these perky pom poms have given you a little boost today!